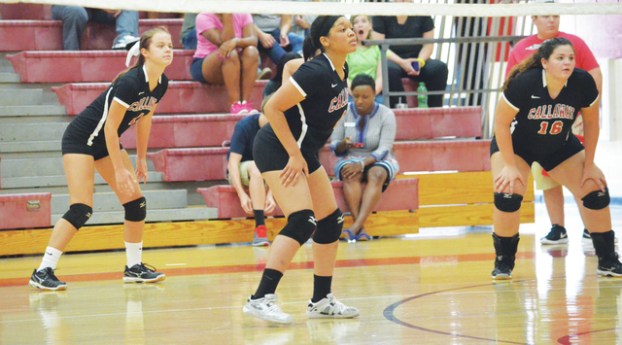 LAGRANGE – The Troup Lady Tigers will head to the eastern portion of the state as they look to keep their season going.

Troup’s volleyball team, after finishing third in Area 5-AAAA, will travel to the Augusta area to play Burke County on Thursday in the opening round of the state tournament.

Burke County finished second in Area 3-AAAA to earn the right to host a first-round match.

If Troup beats Burke County, it would play either Carver-Columbus or Ridgeland in the second round with a berth in the elite eight on the line.

It’s been a successful season for Troup, which finished second in the regular season in the area before falling to Cartersville in the semifinals of the area tournament.

Now, Troup will try to add a state win to its resume.

“We have played good on the road this year,” Troup coach Jodi Dowden said. “We went to Cartersville and beat them. We went to Northside and won some games. We played well on the road at Smiths Station. So we’ve put some good road games together. I’m not afraid of getting on a bus and going.”

Callaway’s volleyball team is also hitting the road for its state opener.

There are only 16 teams in the Class AA state tournament, so if Callaway beats Washington, it will be in the quarterfinals.

In softball, the Callaway Lady Cavaliers will visit Rockmart on Wednesday in a first-round matchup in the state tournament.

They’ll play a doubleheader on Wednesday at 3 p.m., and if needed, a third game would be Thursday at 5 p.m.

Callaway finished fourth in Region 5-AA, and Rockmart is the Region 8-AA champion.

It’s a big-time challenge for Callaway against a Rockmart team that is one of the favorites to bring home the championship.

“It’s the number two team in the state,” Callaway coach Ashley Summerlin said. “We’ve already played them this year. They’re much-improved from what we’ve seen in the past.”

The Troup volleyball team will be on the road on Thursday for its state opener. Kevin Eckleberry | Daily News

http://lagrangenews.com/wp-content/uploads/sites/37/2016/10/web1_volleyball1-2.jpgThe Troup volleyball team will be on the road on Thursday for its state opener. Kevin Eckleberry | Daily News

The Callaway volleyball team earned a spot in the state tournament by finishing third in its area. Kevin Eckleberry | Daily News