Local agencies team up to save lives 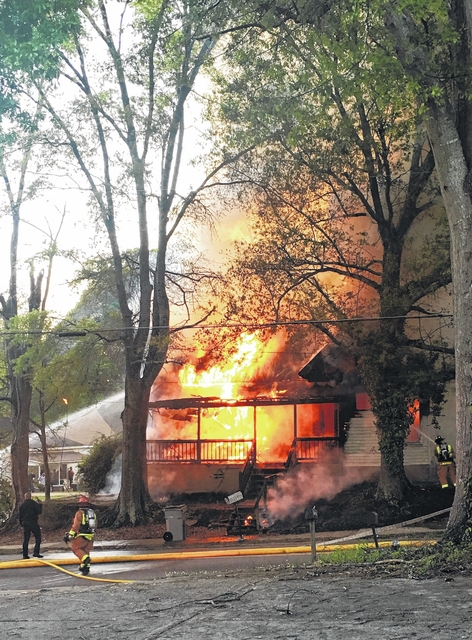 A knock at the front door Saturday could potentially save your life or someone you love.

The American Red Cross, along with the LaGrange Fire Department and the Troup County Fire Department, will be visiting neighborhoods around the community considered high risk for fires. The group, along with volunteers, will go door to door and install brand new smoke detectors inside the homes.

The event is part of the ARC’s Home Fire Campaign across Georgia and wraps up National Fire Prevention week. The goal is to install 3,000 smoke detectors in homes across Georgia; 300 of those in our community, stated the local chapter of the American Red Cross.

The community considered most at risk for a fire this year are the neighborhoods between Lafayette Parkway and Colquitt Street, and Ragland Street to Hamilton Street, said LFD Lt. Chris Taylor.

Smoke detectors can become worn out in more ways than one, Taylor said.

“People still need to change the batteries twice a year. But there are a lot of homeowners that don’t realize that smoke alarms that are 10 years or older can go bad … it needs to be changed because it may not work properly. A sensor may go bad, dust may accumulate, bugs may accumulate in them (smoke detector) and it will prevent the alarms from working properly,” Taylor explained.

Since Jan. 1, there have been 77 deaths due to home fire in Georgia, stated the American Red Cross.

To combat these tragic statistics, the Red Cross has launched a nationwide campaign to reduce the number of deaths and injuries due to home fires by 25 percent by the end of 2019.

The local agencies will be out in force on Saturday helping families one home at a time.

“We want to get as many as we can in that neighborhood so it gives more added protection in that area,” said Taylor. “Eventually, we want to hit every home in our service area … We’ve drastically cut down the deaths here …We want to do our part and continue to keep fire injuries and deaths to a minimum.”

Anyone who would like to have a new smoke detector installed, and does not live in the coverage area can contact the LaGrange Fire Department at 706-883-2650.

Firefighters battle a blaze at a home in the 200 block of Horace King Street in April. No one was injured.

http://lagrangenews.com/wp-content/uploads/sites/37/2016/10/web1_House-Fire.jpgFirefighters battle a blaze at a home in the 200 block of Horace King Street in April. No one was injured.