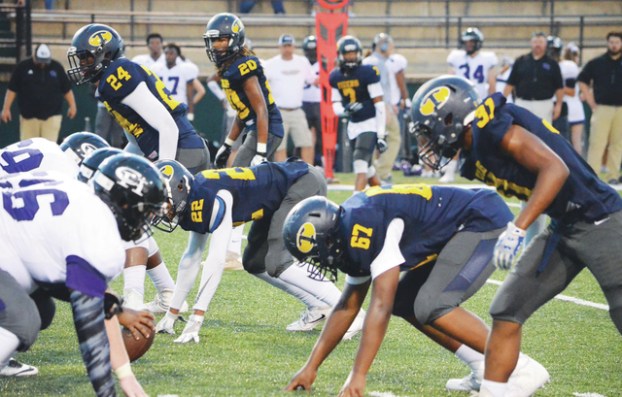 LAGRANGE – There are no shortcuts to success.

A year ago, the Troup Tigers were in the midst of a 1-9 season that included a nine-game losing streak.

A lot has changed since that difficult 2015 season.

Now, Troup is 5-1 overall and riding a five-game winning streak, and it is 2-0 in Region 5-AAAA following a 28-20 road win over Sandy Creek.

Troup will look to keep the good times rolling when it faces the rival LaGrange Grangers tonight in a region showdown.

One of the players who’ll be on the field for Troup is senior Jarred Lane, who has seen plenty of ups-and-downs during his time as a Tiger.

Lane, a defensive standout, said the turnaround is a testament to the diligence and dedication every member of the team has shown since last season ended.

“We’ve worked really hard to get here,” Lane said. “We’ve worked hard these past few months. We haven’t had any off days. We’ve been grinding through everything.”

Troup’s turnaround has been spurred in large part by the performance of a defense that, despite its inexperience, has been solid all year.

Under first-year defensive coordinator Micah Alba, Troup’s defense has continued to improve, and that unit has been at its best late in games.

In a 28-27, come-from-behind win over Bowdon, Troup’s defense made three straight stands late in the game, and that included two fourth-down stops.

In subsequent wins over Chapel Hill and Sandy Creek, Troup’s defense was once again operating at peak efficiency in the second half when the games were on the line.

That’s particulary impressive considering many of the top players on defense, including linebacker Kevin Martin, and defensive linemen King Mwikuta and Joko Willis, are sophomores.

There are even a handful of freshmen contributing on defense, including defensive back Kobe Hudson, who had a pick six against Sandy Creek.

There are also some veterans on the defense, including Lane, as well as fellow seniors Chanse Hill, Ken Truitt and Dre Flagg.

Martin is the team’s leading tackler, and he’s followed in that category by junior Macenta Stafford and Lane.

Lane has switched back between linebacker and the defensive line this season, and he has no preference.

As long as he’s on the field and contributing, he’s happy.

“Whatever makes the team better, I’ll do it,” Lane said.

Lane said everyone on defense gives max effort on every play.

“It’s just a matter of us running to the ball,” he said. “We’ve run to the ball this year. We run like our hair’s on fire most of the time. Nobody’s lackadaisical. We’ve just been working.”

ROCKMART – The season came to a close for the Callaway High softball team with a loss to Rockmart on... read more