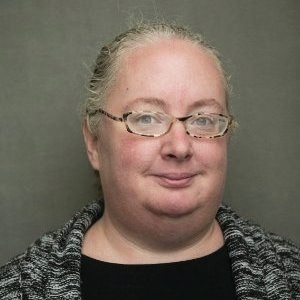 “I’m thrilled to have an opportunity to come back to work in what I consider my adopted hometown,” said Shrader, 42. “It’s an exciting time to come back with the recent acquisition of the paper by Boone Newspapers, Inc., and I’m looking forward to working with the new leadership and making changes that will make the LaGrange News an even bigger part of the community it serves.”

Shrader previously worked as a reporter at the LaGrange Daily News from January 2003 to November 2013. She covered the cities of Hogansville, West Point and LaGrange; West Point Lake and many other stories in and around Troup County. In 2006, she won the Georgia Press Association H.G. Sutlive Trophy, first place in community service, for a series of stories on Project LOVE, the county’s domestic violence shelter which eventually closed as a result of the investigation. In 2007, she won second place in the public service category for coverage of the area drought and subsequent issues on West Point Lake. She has won other awards for features and beat reporting.

“I am very excited to have Jennifer back in LaGrange,” said Jeff Parra, LaGrange Daily News publisher. “To have a qualified person with all the contacts and relationships here in our market is a blessing. She hit the ground running on Day One.”

Shrader spent the last three years as managing editor at The Free Pess in Kinston, N.C., leading the staff and winning first place in General Excellence in 2014 for newspapers of its size, an award given by the North Carolina Press Association.

Kinston is where Shrader began her professional career, working there as a reporter from 1997 to 2005. She was part of the coverage of Hurricane Floyd in 1999, which was – until this week – the area’s biggest natural disaster. The staff was nominated for a Pulitzer Prize for public service in 1999 as a result of work on the event.

A native of Illinois, Shrader lives in LaGrange with her dog, Millie, who might be familiar to longtime readers and was adopted from the LaGrange-Troup County Humane Society in 2010.