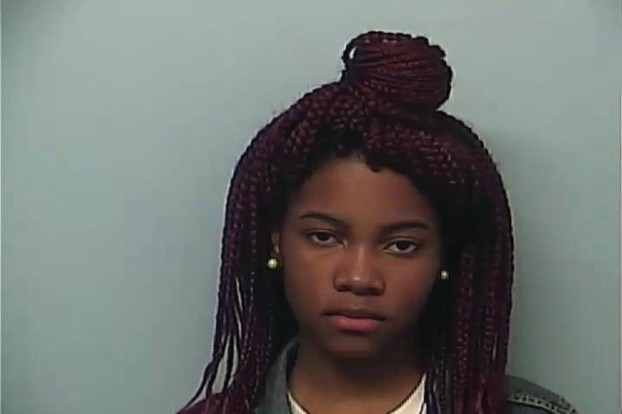 Miracle Ramsey, of LaGrange, was arrested on Tuesday at her home in the 100 block of Alton Drive and charged with murder and participation in criminal street gangs, stated investigators with the LaGrange Police Department.

The 15-year-old is being tried as an adult, said LPD Sgt. Robert Kirby.

Ramsey is the second teenager arrested in Williams’ murder.

Jerry Kahmond Jamal Carston, 15, was taken into custody on July 25 at a home in the 300 block of Revis Street, said LaGrange police.

Carston was charged with murder, possession of a firearm during the commission of a crime and by a person under the age of 18, and participation in criminal street gangs. He was also charged as an adult and was taken to the Regional Youth Detention Center in Columbus, according to police investigators.

Williams was shot multiple times on July 24 in the first block of North Cary Street less than a block away from his home, investigators said.

The father of three was rushed to WellStar West Georgia Medical Center and pronounced dead later that night, according to police.

According to documents obtained by the LaGrange Daily News, Carston’s arrest was not the first time he has been in trouble with the law. In early July he was wanted by police for an active juvenile pickup order signed by Troup County Juvenile Court Judge Michael Key, a police report states. It did not state what the warrant was for.

The document shows on July 6, two days after Carston turned 15 years old, he was spotted by LaGrange police officers inside a black Nissan Altima on Hamilton Road.

After a brief chase, Carston bailed out of the car on Wright Street, officers said. He was quickly captured and taken into custody.

According to the report, Carston had “a strong odor of green marijuana” but nothing was found on him. The teen was escorted to the LaGrange Police Department where he was charged with obstruction, the documents states. Carston was then transported to the RYDC in Columbus.

At some point between July 6 and July 24, Carston was freed from the facility. The teen then allegedly confronted Williams on July 24 and is accused of fatally shooting him.

Carston and Ramsey are “acquaintances,” said Sgt. Kirby. He did not elaborate how the two teens knew each other.

Investigators do not believe the teenage girl pulled the trigger on the weapon that killed Williams or drove an alleged get away car also seen in the area at the time of the shooting, Kirby stated.

But Ramsey is still considered a “party to the crime,” he added.

Anyone with information is asked to contact the LaGrange Police Department at 706-883-2603 or the Troup County Crime Stoppers at 706-812-1000. Callers can remain anonymous.

Investigators with the LaGrange Police Department continue to search for two men suspected of shooting another man inside a home... read more