The secret behind closed doors 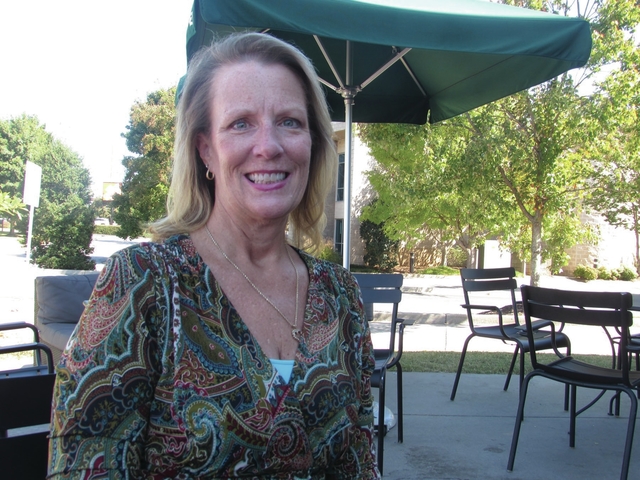 LaGRANGE — Wedded bliss did not last long after Vickie Morton and her first husband tied the knot in the early 1990’s.

Six months after the couple was married, Vickie said she suddenly became the target of her husband’s alcohol induced violent outbursts.

“The alcohol brought out a different person in him and that person was manipulative and degraded me,” Vickie explained.

It did not take long for the emotional and verbal abuse to turn physical, she said. After a bad car accident, her husband allegedly became addicted to pain pills and was still abusing alcohol.

The combination was vicious – especially for Vickie. One of her husband’s alleged attacks remains seared in her mind and also left a lasting impression on her face.

“He held me down and kicked me with the heel of his foot in my face over and over again,” she said. “I ended up going to the emergency room … I never told anyone what happened. This was the early ‘90’s, before domestic violence laws were passed that would have meant an automatic arrest (for husband). I refused to prosecute. I just went back to work and told people I played football that weekend and got hit in the eye.”

The brutal attack caused a retina to detach in one eye. Currently, Vickie said she still suffers vision problems from that injury.

Despite growing up in a close-knit family, Vickie never told them about the abuse. Although a confident and successful business woman, she said in some ways she felt responsible for her husband’s problems and abuse.

“I didn’t realize at the time I had co-dependency issues,” she explained. “There were even some signs of issues before the marriage but I thought he would never hurt me. I thought I could fix him, get him to stop drinking and change his ways.

“There was also the stigma of being a ‘domestic violence victim.’ It still exists today,” Vickie continued. “No one in my family knew what was going on … just one friend I worked with – that’s it … I didn’t even press charges against him.”

Vickie and her husband separated briefly after the first physical attack, she said. She stayed at her husband’s grandmother’s home and the couple agreed to go to counseling.

Her husband agreed to stop drinking and for awhile their relationship seemed to be on the mend, Vickie said. Then one day she looked inside his truck.

“I found bottles of liquor under the seats of the car,” she alleged. “When I confronted him he said at least he wasn’t drinking in the house.”

Vickie said the physical abuse allegedly at the hands of her husband started up again shortly after that confrontation.

“He’d beat me up over the way I cleaned house or folded the laundry. Anything set him off when he was drinking,” Vickie said.

While she was hurting physically, emotionally and mentally, Vickie refused to leave her husband.

“I was raised in a Christian home with the belief you don’t get a divorce,” she explained. “I was taught you fight for your marriage – and that’s what I did.”

But Vickie soon realized the battle to save her marriage was bigger than she ever imagined.

“I was driving his truck and went to adjust the seat. I found dozens of liquor bottles – liter sized – and a clear, plastic baggie with powder in it. I realized he was doing cocaine,” she said. “At that point I knew I was dealing with three monsters within him (husband): alcoholism, cocaine and prescription pill abuse. I knew right then I couldn’t do this anymore.

“He told me as I was leaving that he used to stand over me at night while I was sleeping with a gun,” Vickie alleged. “He said, ‘I could’ve killed you.’”

In 2002, six months after the couple divorced, Vickie said her husband shot and killed himself. He allegedly committed the act inside the same bedroom where Vickie stayed in his grandmother’s home.

“When I found out, I wondered if I had stayed with my husband, could I have helped him? Could I have saved him? That’s what his family said to me. If I would have loved him enough, it would’ve saved him,” she stated. “But it took me a few years of working on myself to figure out I probably would have been dead right beside him if I had stayed.”

Vickie worked on healing her self esteem and vowed never to get involved in an abusive relationship again.

But on March 1, 2008, the vibrant, successful woman found herself in the hospital emergency room once again suffering from bone fractures, bruises and severe lacerations.

She had allegedly been tortured for six hours inside her home by the hands of someone she loved … someone she never thought would betray her … until he did. By this time, laws regarding domestic violence had changed. So her husband, also allegedly her abuser, would go to jail.

Read the rest of Vickie’s story and the statistics surrounding domestic violence in the community in Monday’s edition of the LaGrange Daily News.

Vickie Morton, of LaGrange, survived two abusive marriages. She is sharing her story with the public for the first time in hopes of helping other women and men who are victims domestic violence.

http://lagrangenews.com/wp-content/uploads/sites/37/2016/10/web1_DV-victim.jpgVickie Morton, of LaGrange, survived two abusive marriages. She is sharing her story with the public for the first time in hopes of helping other women and men who are victims domestic violence.