‘At that point you’re just praying for survival’ 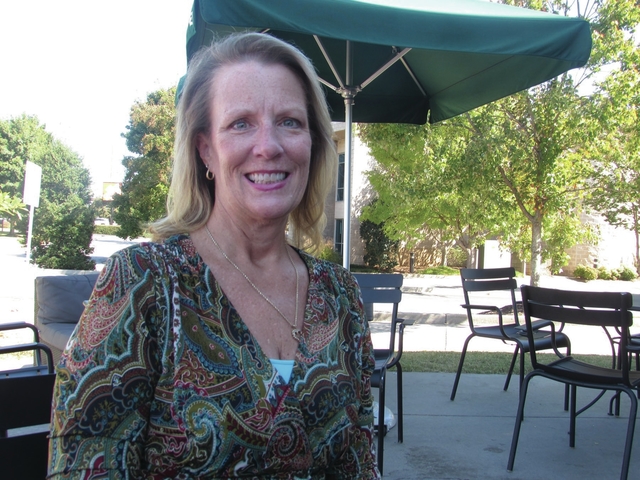 LaGRANGE — After Vickie Morton’s abusive marriage ended in divorce in 2002, the successful business woman vowed to never allow herself to become a victim of domestic violence again.

Vickie tried to heal from the emotional, mental and physical scars that still lingered from the abuse and moved forward with her life. She even reconnected with an old friend whom she knew since elementary school on a website called classmates.com.

Despite warnings from friends the old classmate was also allegedly violent towards women, Vickie started dating him. Soon the couple became engaged and eventually married.

Vickie said she told her new husband about her alleged abusive first marriage. But Vickie soon realized he may have been covering up a dark secret of his own. Maybe she should have heeded her friends’ warnings about her second husband after all.

“He (second husband) was more verbally abusive at first,” Vickie alleged. “He’d belittle me and call me names. My self esteem was horrible.”

But Vickie and her husband were entering a new chapter of their lives. They both wanted a child, she said. After several miscarriages, the couple decided to try In vitro fertilization.

Sadly, Vickie said, that process did not work either. The strain of the failed pregnancies took a toll on the couple’s marriage, Vickie said. She said it also intensified her husband’s verbal attacks against her.

“He started using the miscarriages as an emotional tool. He would tell me I wasn’t ‘complete’ because I couldn’t have children,” Vickie alleged. “He (husband) didn’t do drugs or drink, but he had these ‘Jekyll and Hyde’ moments. He would be fine one minute and go crazy the next minute.”

Vickie said she also learned her husband allegedly had an unhealthy obsession with money. She discovered he reportedly took out credit cards in her name and added himself as a “co-signer.” He also allegedly would withdraw huge sums of money from their joint account and spend it on frivolous items, Vickie said.

The couple soon found themselves drowning in debt, which only fueled her husband’s alleged abuse.

“That was the trigger … that’s when he became physical with me,” Vickie said. “He would throw things at me … dishes, glasses … and he would break stuff.”

Little did Vickie know the worst was yet to come.

At the end of February 2008, Vickie received her yearly annual bonus plus her regular paycheck. She said her plan was to use the money to pay down the couple’s debt. But she was suspicious her husband would have other ideas on how to spend the money.

So on March 1, 2008, Vickie said she went to the bank and withdrew her bonus and paycheck from the couple’s joint account.

Vickie said what happened in the hours after that can only be described as pure hell.

“He (husband) said he wanted to talk … and then he verbally accosted me,” she described. “He threw dishes at me and hit me … he ripped the phones off the wall and wrapped the cord around my neck … he would not let me leave the house. He (husband) took my keys and threw them in the yard. I became his hostage. I knew the only way I would get out of this situation was by the grace of God.”

Vickie said she was able to break free from the phone cords wrapped around her, but her husband allegedly overpowered her again.

“He ripped off my clothes and was hitting me with his fists,” she remembered. ” … he hit me numerous times in the mouth and knocked my front teeth out … they were sticking through my bottom lip. At one point he held a gun to my head. He said I ruined his life, he was going to jail and it was all my fault. At that point you’re just praying for survival.”

Then as quickly as her husband’s alleged violent attack began, it suddenly ended.

Her husband then reportedly told her to sit in a chair and not to move. He took the gun, got inside his car and left the home, she said.

Vickie immediately sought help at the local emergency room. She survived the brutal attack but had two black eyes, fractured cheekbones and needed several stitches to sew up the laceration where her teeth were protruding from her bottom lip.

The hospital called local law enforcement officers about the attack. By now, in 2008, state laws regarding domestic violence incidents had changed, said Vickie. Her husband, the reported abuser in this case, would have to spend at least 24 hours behind bars. He eventually turned himself into police and immediately retained a lawyer, Vickie said.

Vickie said even with her husband in jail, she felt little comfort. Few people knew of the ongoing abuse and even fewer people, including Vickie, knew what she should do next.

“Even though I had been through it once, I still thought I could fix or change him,” she said. “I felt like I was a bad person. The deputies talking with me couldn’t give me any information. I felt really alone … I didn’t know about Harmony House (the local domestic violence shelter and organization). I really felt like I was on my own.”

But Vickie soon found out she was not alone. She met Michele Bedingfield, executive director of Harmony House. She also met dozens of other women with stories of abuse similar to hers.

The organization helped Vickie find ways to heal from all the trauma she had endured – and gather the strength she needed for another battle with her husband.

http://lagrangenews.com/wp-content/uploads/sites/37/2016/10/web1_Vigil.jpgDozens gathered in LaFayette Square in Oct. 2015 during a special ceremony to remember those who lost their lives from domestic violence. Harmony House will host the annual ceremony again on Tuesday, Oct. 18 in LaFayette Square at 6:30 p.m.

Vickie Morton is a two time survivor of domestic violence. She will share her story again at the Harmony House candle light vigil on Tuesday.

http://lagrangenews.com/wp-content/uploads/sites/37/2016/10/web1_vicki.jpgVickie Morton is a two time survivor of domestic violence. She will share her story again at the Harmony House candle light vigil on Tuesday.