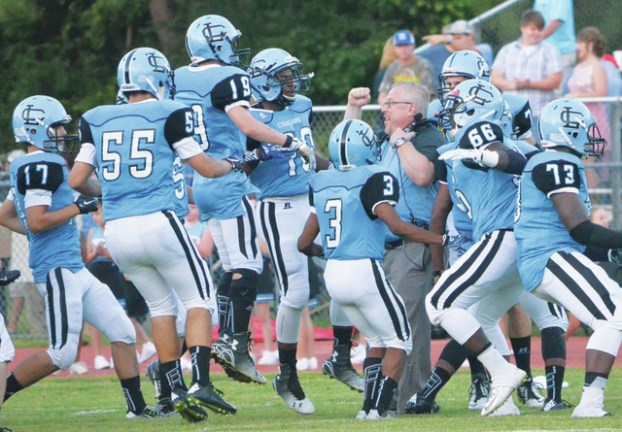 LAGRANGE – It’s shaping up to be a one-game season for the Lafayette Christian School Cougars.

Lafayette Christian will be on the road against Central Fellowship Christian Academy on Friday as it looks to bounce back from last week’s loss to Colonial Hills.

The Cougars obviously want to win this week, but the more important game will take place on Oct. 28 against Twiggs Academy.

That game, which will be held at Lafayette Christian School’s new stadium, will determine which of those two teams will qualify for the Georgia Independent Christian Athletic Association state playoffs.

The Cougars are hoping to make it through to the playoffs so they can defend their GICAA state championship.

Lafayette Christian is only playing two region games this season, and it dropped the first one to Solid Rock Academy in the opener.

“There are only two games in our region,” Lafayette Christian head coach Nate Shaw said. “It’s the very first game of the season, and the very last game. So, we’ll be in it if we beat Twiggs.”

Lafayette Christian brings a 2-5 record into this week’s game.

Lafayette Christian followed that up with a 55-20 loss to Praise Academy, and last week’s 46-27 setback against Colonial Hills.

“Let’s just win some games,” Shaw said. “I think we’re going to have a positive end to the season.”

If Lafayette Christian does make it to state, it will be one of eight teams in the playoffs.

The GICAA state-championship game will be played at Lafayette Christian’s stadium.

LAGRANGE – The journey continues. After picking up a win in the opening round of the state volleyball tournament, the... read more