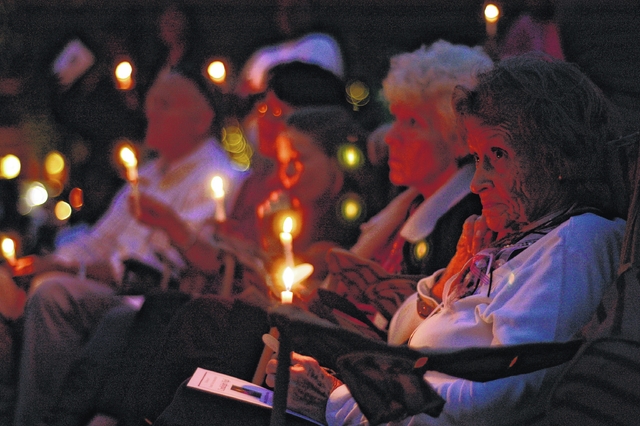 LaGRANGE —Vickie Morton survived six hours of torture that included being strangled by a telephone cord, punched numerous times in the face and having a gun pointed at her head in March 2008.

The brutal attack was the culmination from years of verbal abuse allegedly at the hands of her second husband, she said.

The vicious assault left her with two black eyes, fractured cheekbones and a large cut where her two front teeth protruded from her bottom lip.

Vickie’s husband was in jail and would likely face charges in the incident. He immediately retained a lawyer, but although Vickie was the victim, she said she had no idea what to do next.

“The deputies spoke to me, but couldn’t give me any information. I didn’t know about any domestic violence organizations or counselors,” she said. “I did get a restraining order against him … but a piece of paper is not protection. It doesn’t make you bulletproof. I felt like I was all alone.”

The state decided to prosecute Vickie’s husband for the attack and subpoenaed her to testify against him.

Vickie said she was scared her husband might retaliate against her if she took the stand. She declined to testify.

Since this was the first documented case of abuse filed against him, Vickie said her husband was sentenced to probation, ordered to pay a fine and given credit for time served behind bars.

The judgment brought little comfort to Vickie. She immediately filed for divorce and tried to move forward with her life.

“I know God had a reason for me to still be here,” she said. “I thought if I stayed at home and prayed, everything would be okay. Around the same time I started working with a woman who went through the same thing (an abusive relationship) I did. We started opening up and leaning on each other.”

The friendship eventually led them both to the Harmony House, a state-certified domestic violence shelter in LaGrange. The agency offers emergency housing for abuse victims and outreach services such as counseling, legal assistance, limited transportation, training opportunities for survivor self sufficiency and more.

“Isolation is a big component of domestic violence,” Bedingfield said. “The abusers tell their victims no one will believe them and that they’re ‘crazy.’ A lot of times the reason the victim stays in the abusive relationship is to preserve their family, faith or they’re financially dependent on them.”

One out of four women in the United States has experienced severe physical violence by an intimate partner in their lifetime, according to the Harmony House website. For men, those statistics jump to one in seven males are abused by their significant others.

In 2015, Georgia ranked eighth in the nation for domestic violence-related homicides, said Bedingfield. One hundred and thirty nine people were killed; seven of those victims were from Troup County.

So far in 2016, the statistics of domestic-related deaths have dramatically decreased across the state, Bedingfield said. Sixty-two people have lost their lives in domestic violence homicides; none of those occurred in Troup County.

Bedingfield attributes the decline in deaths in part to the information that is provided to victims of domestic violence from those who see them in their darkest hours.

“Hospital staff, police officers, law enforcement officers … those folks on the front lines that are equipped with our information to hand out,” she said. ” … people don’t have to go through this (abuse) alone. They (victims) don’t have to go through legal aspects alone. We have some good advocates. The Solicitor’s office and District Attorney’s office all have victim advocates in-house. With Harmony House, everything is confidential. Even if victims just want to call and talk, we won’t share their information with anyone else, until they want us to.”

Vickie credits Bedingfield and Harmony House for helping her find a counselor to deal with the years of alleged abuse from both marriages.

For the first time in decades, Vickie said she finally was able to begin the healing process.

“I found out (in counseling) that I have bad co-dependency issues,” she explained. “I can’t fix them (abusers), but I can fix me … I learned that there wasn’t anything wrong with me that caused them (husbands) to hurt me … it’s taken a lot of counseling, reading self-help books and prayer to know that God has a reason for me to be here.”

Vickie will publicly share her story of survival for the first time tonight during the annual Harmony House Domestic Violence Awareness candlelight vigil.

She hopes her testimony will reach at least one person who might be struggling with the same dilemma she did many years ago.

“Domestic violence … can happen to anyone,” Vickie said. “Race, age, gender, geography, socio-economic status … you could have all the money in the world and it could still happen to you.”

“We need to change labeling someone as a victim of domestic violence,” Bedingfield added. “She is also a sister, a daughter and a mother. She is a person who was abused who survived. Domestic violence does not define who they (victims) are, because they are so much more than that.”

The Domestic Violence Awareness candlelight vigil will be tonight at 6:30 p.m. in LaFayette Square. Jennifer Thomas, director of the Georgia Commission on Family Violence will also be a guest speaker. The ceremony is free and open to the public.

‘At that point you’re just praying for survival’