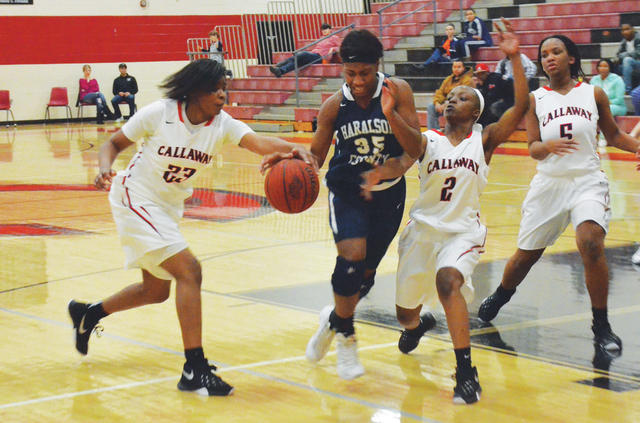 The LaGrange Grangers came into the season with high hopes, and at the least they believed they would be one of the four teams from Region 5-AAAA to qualify for the state playoffs.

If LaGrange loses to Sandy Creek on Friday, though, its playoff hopes will be over, and its season will end against Chapel Hill next week.

LaGrange (2-6 overall) is 1-3 in the region, and it needs to win its next two games to qualify for the playoffs.

It’s a big game for Sandy Creek as well.

The Patriots were ranked as high as fourth in the state earlier this season, but they are 1-2 in the region, and if they lose on Friday, they’ll be in danger of missing the playoffs.

It’s a seven-team region, and with three weeks remaining in the regular season, six of those teams still have a chance to make the playoffs.

Only Central-Carroll, which hasn’t won a game all season, has been eliminated from playoff contention.

Cartersville (4-0) and Troup (3-0) are both unbeaten in the region and are in great shape, and Cedartown (2-1) can solidify its playoff position with a road win over Troup today.

LaGrange could have greatly enhanced its playoff hopes with a win over Troup last week, but it lost 37-26.

It was a tough loss, but LaGrange head coach Dialleo Burks made sure to let the players know there’s plenty still to play for.

“It’s an emotional game, and that was a big one in terms of taking steps in the direction we want to go,” Burks said. “But this one is, too. So we’ve got to get back on that horse pretty quickly and get ready to go.”

In Region 5-AA, Callaway and Spencer are the front-runners, and they are each 2-0 in region play, and they’ll play each other next week.

Heard County and Lamar County are both 1-1 in the region, and Jordan and Temple are both winless in their two region games.

With three weeks remaining, every team in the region still has a chance to earn a playoff spot.

Here’s a look at the region standings, as well as this week’s games: