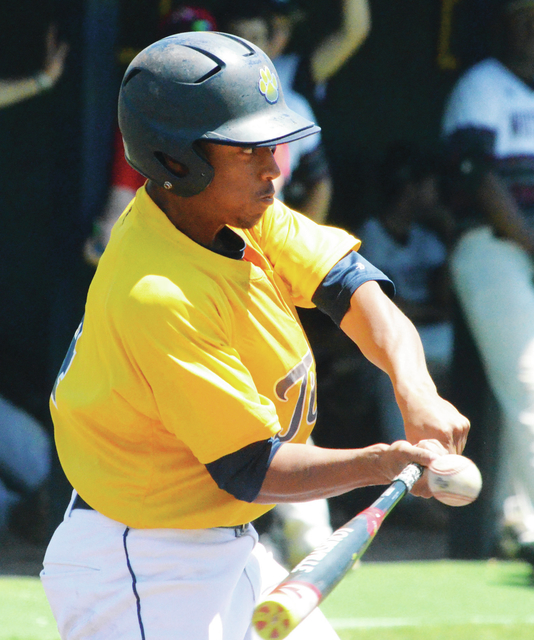 LAGRANGE – No matter what the Troup Tigers do Friday night against Central-Carroll, they will finish no lower than second in Region 5-AAAA, and they will play Cartersville for the region championship next week.

That doesn’t mean this is a game the Tigers are taking lightly, though.

Troup has things rolling along nicely at the moment, and it doesn’t want to trip up now.

Troup (7-1 overall, 4-0 in region play) has won seven consecutive games, and it will try to make it eight in a row by beating a Central-Carroll team that has endured a tough season.

The Lions, after winning a combined 20 games the past two years, are winless, and they need to either beat Troup this week or Sandy Creek next week to avoid an 0-10 season.

Troup head coach Tanner Glisson can symphathize with what Central is going through.

A year ago, it was Troup that was winless through eight games, and it beat Whitewater in the final game to keep from going 0-10.

“They remind me a lot of us last year, in the fact that they played very, very hard,” Glisson said. “You could tell they’re coaching them hard. They come out at the beginning of every game fired up and ready to play.”

Central-Carroll has done some good things on defense this season, but it has struggled mightily to put points on the scoreboard.

The Lions haven’t scored more than 13 points in a game, and in six of their eight games they’ve been held to nine or fewer points.

“Defensively, I don’t think they’re that bad,” Glisson said. “The offense has put them in some bad spots from time to time.”

Despite the struggles the Lions have endured, though, Glisson said his players can’t just show up and expect to walk away with a win.

“We know how it is to be in that position and be hungry, so we’d better be hungry, too,” Glisson said. “We can’t think just because we’re on a seven-game winning streak that we’re world beaters, because we’re not.”

Troup is coming off a 23-20 win over Cedartown last week that wrapped up the second spot in the region.

The Tigers made some uncharacteristic mistakes, but they survived, and that’s all that matters.

Sophomore running back Tyree Carlisle had two touchdown runs, Camren Russell had one scoring run, and Carson Wreyford made a field goal.

Troup’s defense continued a trend of strong second-half performances by not allowing a point in the final two quarters.

“Win it, and be done,” Glisson said. “That’s one of those where you win, and survive and advance and move on. We were thankful to do that. We made just enough plays. We got the W.”

While happy with the victory, Glisson said it’s important for the team to get back in the groove.

“The task is for us to try to go over there and take care of business, and play a complete game,” Glisson said. “We haven’t played a complete game since Sandy Creek. We’ve been sloppy in some areas. So we’ve got to get back to doing that very quickly. But it’s hard to sustain that throughout 10 games.”

After Friday’s game, Troup will turn its full attention to Cartersville.

The Purple Hurricanes, who went 15-0 a year ago en route to a state title, are 9-0 this season, and they’re the heavy favorite to make it back-to-back championships.

It’ll be a similar situation to what Troup went through against Sandy Creek.

In that game, the Tigers were on the road facing the fourth-ranked team in the state, and they dominated the second half and won 28-20.

Can Troup pull another stunner on the road next week?

“They haven’t really been challenged,” Glisson said of Cartersville. “They’re the top dog. They’ve won 24 in a row. They’ve got the best quarterback in the country. So everything tells us why we can’t do it, but we’re glad to be in that situation, in the underdog role.”

Troup’s defense, which didn’t allow any points in the second half of last week’s game against Cedartown, will look to smother Central-Carroll’s offense on Friday. Kevin Eckleberry | Daily News

http://lagrangenews.com/wp-content/uploads/sites/37/2016/10/web1_troup4-2.jpgTroup’s defense, which didn’t allow any points in the second half of last week’s game against Cedartown, will look to smother Central-Carroll’s offense on Friday. Kevin Eckleberry | Daily News