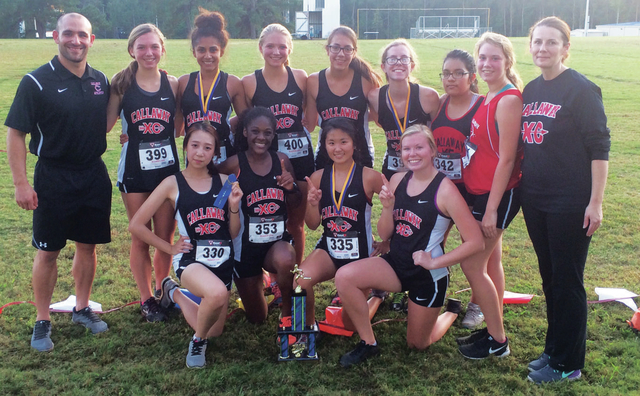 COLUMBUS – Callaway High’s boys’ cross-country team raced to a second-place finish in the Region 5-AA meet on Thursday in Columbus.

Callaway qualified for the state meet that will be held next weekend in Carrollton.

The Cavaliers were paced by senior Jason Freiberg, who has excelled in his first season as a cross-country runner.

Freiberg completed the 3.1-mile course in a time of 17 minutes, 52 seconds, which was good enough for a fourth-place finish.

Lamar County, which won the team title, ran away with the top three spots.

It’s been a strong season for the Cavaliers, and the future is bright since most of the top runners are underclassmen.

“The great thing is, we only lose two out of our top seven, which is pretty awesome,” Callaway coach Josh Ghobadpoor said. “So we’re going to be pretty good the next few years I feel like.”

In Thursday’s girls’ race, Callaway’s lone runner was Emily Rowlett, and she was 15th with a time of 26:42.