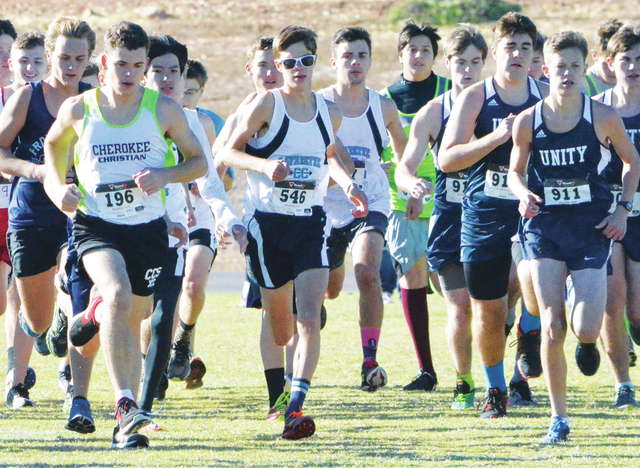 Loutzenheiser, a cross-country standout, is accustomed to leaving the competition behind, and that was the case in last week’s Division II Class A state qualifier that was held at Lafayette Christian’s 3.1-mile course.

Loutzenheiser posted a time of 18 minutes, 26 seconds, and he was more than 30 seconds faster than the second-place finisher.

Loutzenheiser helped the Cougars finish second in the team standings, and they’ll be in Macon today for the Georgia Independent Christian Athletic Association state meet.

“That was great. That’s their first team trophy ever,” Lafayette Christian coach Jen Loutzenheiser said. “They’ve been working really hard to do it. We ended up beating the school that has beat us in the past, that’s Colonial Hills. And we beat them well.”

In the girls’ race, Cate Skipworth (24:36) earned a seventh-place finish.

Loutzenheiser and Skipworth both posted their best times of the season on their home course.

“They both took over a minute off their best race there,” coach Loutzenheiser said. “I don’t know if that was the cool weather, or another month of training since then. Some combination probably.”

“We’re really proud of our trails,” she said. “The course is really good for spectators. It’s a good variety of hills, and flat areas. We were really happy everybody could come.”

Griffin McLeroy (31:34) also ran in the state qualifier for the Cougars.

Maggie Whitewood of Unity won the girls’ race with a time of 21:47.