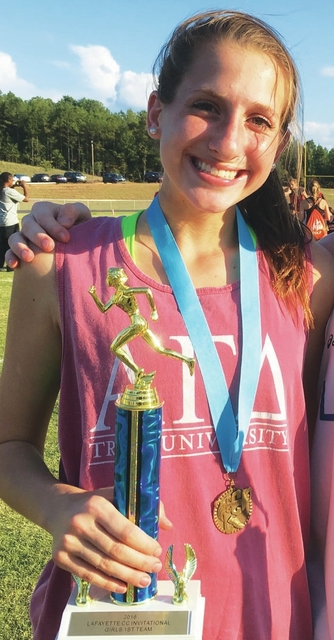 Tomlinson, a senior, ran to her third consecutive region championship on Thursday when she took the top spot in the Region 5-AAAA meet in Douglasville.

Tomlinson helped the Lady Grangers finish third as a team, meaning they’ve qualified for the state meet next weekend in Carrollton.

Tomlinson, who won the Region 5-AAAAA title in 2014 and 2015, posted a time of 20 minutes, 33 seconds in Thursday’s race, and that was nearly a minute faster than the second-place finisher, Zaria White of Chapel Hill.

For Troup, Catherine Leveritt (23:01) capped a succesful season with an 11th-place finish.

In the team competition, LaGrange finished fifth to just miss out on qualifying for state.