Cougars get chance to defend title 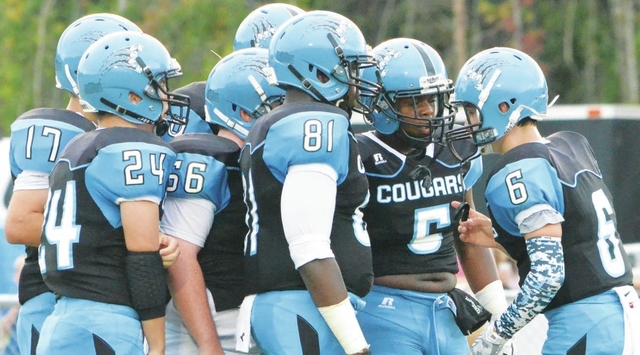 The Lafayette Christian School Cougars faced a must-win situation on Friday night in their regular-season finale against Twiggs Academy.

Win, and Lafayette Christian would get a chance to defend its state championship in the Georgia Independent Christian Athletic Association eight-man state playoffs.

Lose, and the season would be over for the Cougars.

Fortunately for the Cougars, they’re going to keep playing after they rolled to a 49-8 victory.

The Cougars will be on the road next week for the first round of the state playoffs, and if they win, they would make it to the semifinals, which will be played at the home of the higher seed.

The championship game will be Nov. 18, and it will be played at Lafayette Christian’s new stadium.

Lafayette Christian is part of a three-team region, so it only had two region games during the season.

Lafayette Christian opened the season with a region loss to Solid Rock Academy, and it didn’t play another region game until Friday night.

The Cougars dominated the game on both ends of the field, and they made sure there was no suspense.

Sophomore quarterback Landon Whitley, who was a big part of last year’s championship team, had two rushing touchdowns and he also tossed a scoring pass to Avery Staples.

Jacob Lueken and Nick Spitler each had two touchdown runs, and Mitch Crandall had a 41-yard punt return for a touchdown.