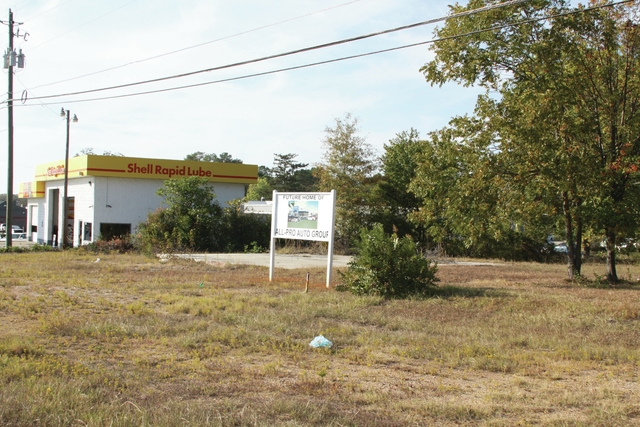 LaGRANGE – Developer Mike Crane received approval from Troup County Commissioners on Tuesdayto rezone 109 Harman Road, which is .26 acres, and 0 Marchman Drive, which is .5 acres, from single family medium density to general commercial to make way for construction of a car dealership.

The rezoning will make it possible for Crane to combine those properties with other connecting properties – that he already owns and were already zoned general commercial – for development.

“It is a seven-parcel project that is being proposed,” said Troup County Senior Building Official Jay Anderson. “… The other five are already zoned general commercial, as the rest of that block is already zoned general commercial, so it is just the two parcels… and if they get the rezoning, they can combine the seven parcels and move forward with the proposed new All Pro Chevrolet at this location.”

The proposed dealership is located along LaFayette Parkway, across from Mike Patton’s auto dealerships and on the same block as All Pro Hyundai. The county’s zoning committee ruled that the new dealership was consistent with future land use for the area, and did not see any possible adverse affects to a new dealership at that location.

The next Troup County Commission meeting is scheduled for Nov. 15 at 9 a.m. at 100 Ridley Ave.