One day this week, I couldn’t decide what I wanted for lunch, so I was driving aimlessly up and down the little road that runs alongside the cemetery, talking to myself- “Sayyyy, that might be good! Nah, who wants a chili dog in this weather?” “I know! How about…nope, line’s too long.”

I finally decided to just run through the closest drive-thru and take my chances, and I whipped into a parking lot to turn around. As my Jeep pulled parallel to the building that was once a thriving movie theater, I stopped for a moment and in my mind’s eye the old building was again new, and the parking lot was full, and over in the far corner there was a big old Oldsmobile and a little girl who was learning what responsibility really means.

When I was 17 I got a bad grade, which wasn’t unheard of, but this one was in band. Who gets a bad grade in band, for crying out loud? I was in trouble and grounded and that was bad enough, but the band teacher, who was possibly the most beloved educator in the whole school, told Mama that he had never had a student who had less sense of responsibility than I. His words cut me to the core. I stayed in my room all day Saturday, weeping and planning on running off to New York and take band there and being the most responsible student ever known at New York High and when word got back to LaGrange after I accepted my special Responsibility Award, that would show Mr. Band Director!

Mama got worried about all the weeping and wailing and teeth gnashing going on in my room, so she came in and told me that while I was still grounded, this once, I could go down and buy advance tickets for an evening showing, and she would accompany me to a movie that evening.

Now, Mama drove a tank of an Oldsmobile. It was about a block long, and it seemed like most of that was in front of the steering wheel. Mama’s car was a beast to park for anyone, and for irresponsible me it was almost impossible, but the far end of the theater’s parking lot was mostly empty, and I headed over there. I was driving very responsibly, and nobody was even there to see it! There were probably two cars parked that far afield that afternoon, and to this day I cannot tell you why I chose to pull in next to one of them rather than pick an area where there were empty spaces all around. I was concentrating so hard on parking that I don’t even think I knew that there was a car in the next space until I heard the scraping noise.

I stopped the car. I looked around. Maybe it wasn’t so bad. Maybe the scraping sound came from beneath Mama’s car and I had only run over a stick. But when I opened the door and got out to check, I discovered that the front bumper of Mama’s car had removed much of the scene of muscled Vikings and buxom Vikettes from the side of a brand new custom conversion van.

Mama’s car was fine, and it crossed my mind to just go inside and get our tickets and go home. Nobody saw it happen, and I was already in so much trouble because of my bad grade. I almost left, but the thought of someone coming out and finding their beautiful van all ruined and ugly and never knowing how it happened made me go inside and have an announcement made over the loud speaker.

The owners of the van had only picked it up from the dealer that afternoon. They hadn’t even taken it home yet. The husband took one look at his wife’s red face and clinched fists and told me I should wait inside, far away from her, until the police arrived. I knew that I had disappointed them and Mama and myself, and probably Mr. Band Director, by somehow being irresponsible, once again.

I was double grounded until Mama got a phone call from the lady whose van I ruined. They were talking insurance and repairs, and before they said good-bye, the lady told Mama that many kids would have panicked and left, but I had bitten the bullet and done the right thing, even knowing the trouble it would cause me, and that made me special.

She said that Mama had done a great job, raising a daughter who was so responsible. Take that, Mr. Band Director. 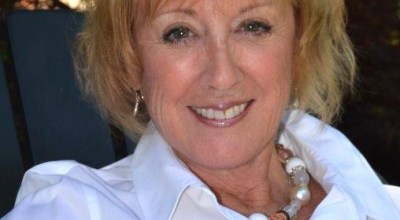