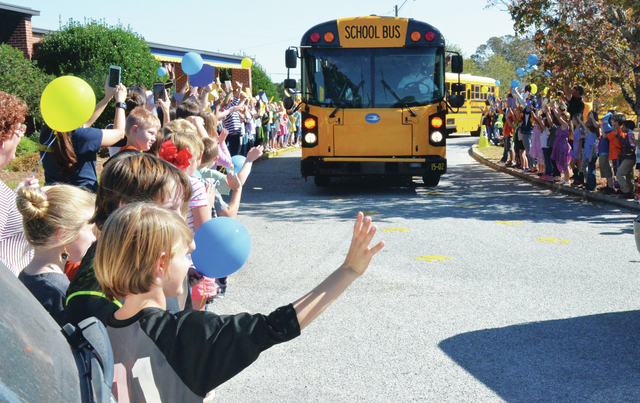 CARTERSVILLE – Their region-championship hopes were dashed, but the Troup Tigers still have plenty to play for.

The Cartersville Purple Hurricanes, the state’s top-ranked team, wrapped up the Region 5-AAAA title with a resounding 68-0 victory over Troup on Friday night at Weinman Stadium.

The good news for the Tigers is they’re not done.

Troup, which has made a seven-game improvement from a year ago, went 8-2 in the regular season, and it will be at home on Thursday for the first round of the state playoffs.

West Hall, the third-place team from Region 7-AAAA, will travel to Callaway Stadium for the first-round game.

As for Friday’s game, it started out poorly for the Tigers.

Moments into the game, Cartersville recovered a fumble and returned it for a touchdown, and that’s pretty much how the rest of the night went for the visiting team.

With junior quarterback Trevor Lawrence showing why he’s one of the nation’s most highly-rated players, Cartersville surged to a 56-0 halftime lead.

The second half was dominated by Cartersville as well.

“Hats off to Cartersville first of all,” Troup head coach Tanner Glisson said following the game. “That’s the number one team in Georgia. To be honest with you, they saved their best for tonight. That was as good as we’ve seen them play all year long. They came out and turned it on when they needed to, and showed us who the boss was. And that’s OK. We’ll go back to work.”

A bunch of folks from Troup made the trip north for the game, and the visitor’s stands were full.

“I just want to say thank you to the Troup folks that drove up here,” Glisson said. “That was an awesome crowd.”

At the start of the second half, Troup got a spark from the defense, with Kevin Martin and Nick Ligon coming through with back-to-back interceptions of Lawrence.

The Tigers were unable to convert those turnovers into points, though, and they couldn’t avoid the shutout.

OF NOTE: For more on Friday’s game, check out Monday’s sports section. The Troup football team gets a sendoff from the students at Rosemont Elementary School on Friday afternoon. Troup played Cartersville for the Region 5-AAAA championship. Kevin Eckleberry | Daily News