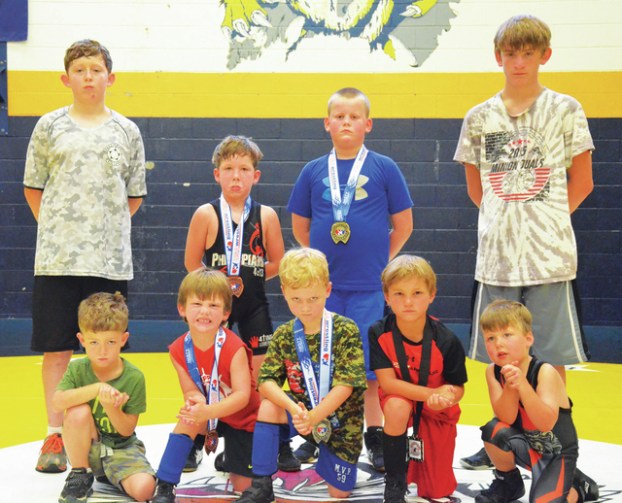 A new wrestling season is about to begin, and the LaGrange Grangers have been hard at work getting ready.

LaGrange, along with Callaway and Troup, kicked off preseason practice on Oct. 24, and a new season will begin this weekend.

Troup will participate in a tournament at East Coweta on Saturday, and Callaway and LaGrange will begin their seasons the following weekend at Central-Carroll.

LaGrange, for the third consecutive year, is practicing at Unity Elementary School.

LaGrange head coach Scooter Weathers said the wrestlers take advantage of the facility, as well as the surrounding streets.

Weathers has been pleased with the turnout for practice, and he figures there will be close to 40 team members by the time the season rolls around.

While there are plenty of veteran wrestlers, Weathers will have to find replacements for some key seniors from last year’s team, including Guy Wegienka, Emmanuel Mann and Matt Watford, who each enjoyed exceptional prep careers.

“Those seniors we lost were big,” Weathers said.

LaGrange will continue to practice this week and next, and then it’ll be time to kick off the season at the Central-Carroll tournament.

“They’ve been working hard,” Weathers said. “They’ve been here every day. We’ve been doing a lot of drilling, a lot of teaching. They’re getting ready.”

BASKETBALL NOTE: While the regular season won’t begin until next week, LaGrange High’s teams will be on the court on Thursday for preseason action against visiting Heard County. ROCKY MOUNT, N.C. – The LaGrange College Panthers took a lead to the halftime break on Saturday afternoon, but it... read more