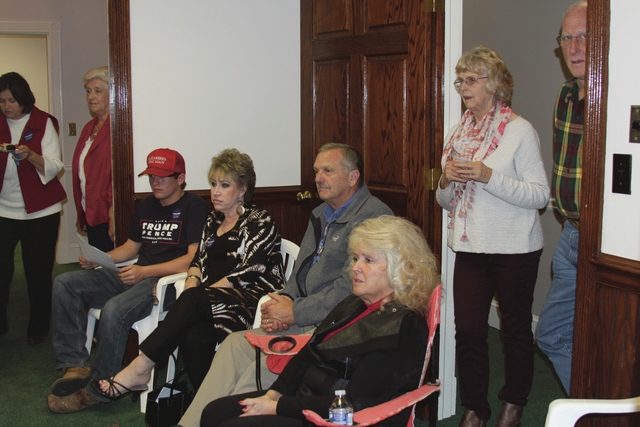 LaGRANGE – With Troup County and national results still coming in as of press time tuesday, Georgia voters made their voices heard and voted for Donald Trump in the presidential election.

Local Republicans have been campaigning hard for Republican presidential nominee Donald Trump, and it appears that their hard work has paid off. Troup County’s Republicans even opened a headquarters in downtown LaGrange to make it easier for people to pick up signs and bumper stickers supporting the politicians they believe in.

Troup County’s Republican Women and other volunteers manned the office in town while it was open. The Troup County Democrats did not open an office this year, but they did make efforts to encourage people to go and vote.

“I figured he would,” said Troup County Democratic Chairman Jerome Alford. “We pushed to get people out to vote, but it still could have been better turnout.”

Local Republicans are hopeful for a great four years ahead but were cautious to celebrate too early in the night, before the results from all the states were in.

“I think that Donald Trump will make a great president,” said Peter Alford. “… We will see how things come out.” Supporters of Donald J. Trump eagerly await the results of the presidential election on Tuesday night at Republican Headquarters in downtown LaGrange.​

http://lagrangenews.com/wp-content/uploads/sites/37/2016/11/web1_localreax.jpgSupporters of Donald J. Trump eagerly await the results of the presidential election on Tuesday night at Republican Headquarters in downtown LaGrange.​