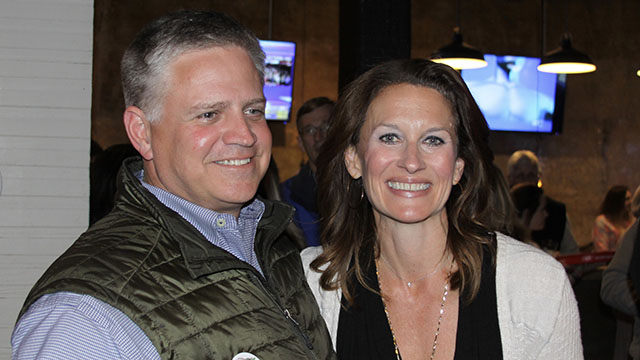 Ferguson said he was grateful for the the support the community had shown him during the election season and hopes to continue to work hard for the people of the district once he gets to congress.

“There is so much work to do, and no matter who wins this race tonight, we are going to go up there and get some great things done,” said Ferguson. “I am excited about the opportunity to represent this district – to represent each of you.”

He hopes to use his experience as a small business owner and mayor in West Point to give perspective to his time in office.

“I think that the perspective that we have going to Washington as a mayor and a small business owner – as someone who is going to represent Troup County and the city of West Point – I think it is a very neat perspective to be able to take to Washington,” said Ferguson. “I think we understand firsthand – the decisions in Washington – how they affect our communities, and I think it is a very, very special perspective to take because I know what it means to rebuild a community, and I think that we can take some of those lessons we’ve learned here and use those when we go to Washington.”

“I believe in the United States of America, which is the greatest country in the world. I still believe in the American dream, in that, this is the land of opportunity, in which anything is possible, and that one person really can make a difference,” said Pendley in a press release.