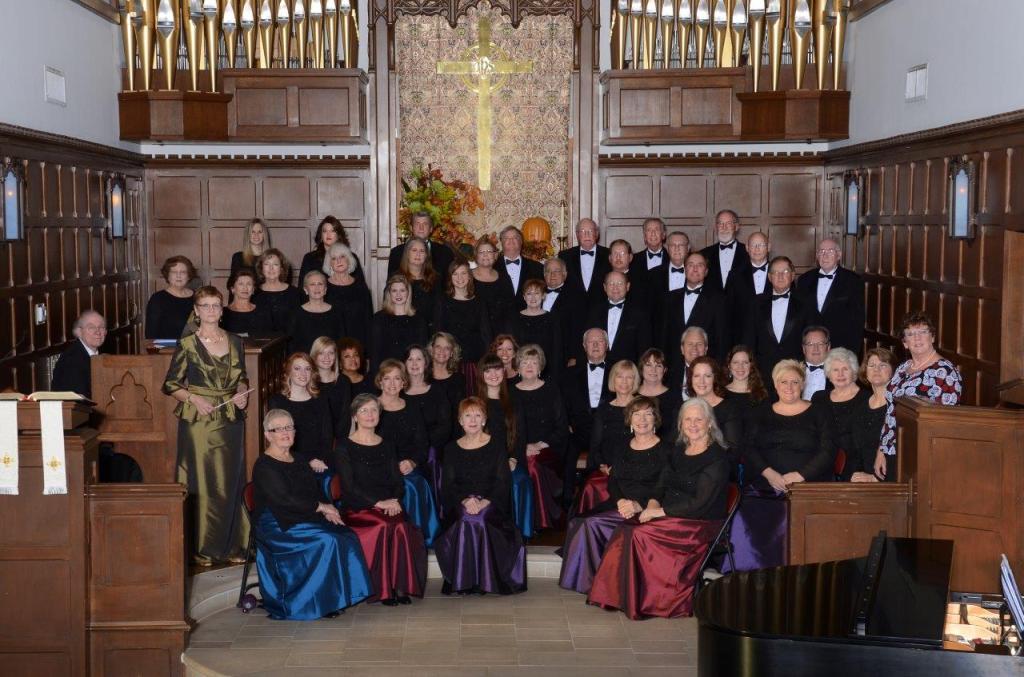 The Choral Society of West Georgia prepares for its annual 'We Gather Together Concert of Praise, Thanksgiving and Remembrance.'

LaGRANGE — The twangs of a banjo, mandolin and fiddle will be prominently heard in the 10th annual “We Gather Together Concert of Praise, Thanksgiving and Remembrance” by the Choral Society of West Georgia.

The group will transport the audience back to the Appalachian roots of Blue Grass Music, alongside a popular band based in Griffin.

“… The Bonnie Ridge Blue Grass band from Georgia will be our guest performers,” said Bettie Biggs, artistic director of the Choral Society of West Georgia. “They’ll do some individual pieces and some collaborative pieces with the choral society with music from the movie, ‘O Brother, Where Art Thou.’”

The singers will still perform traditional hymns, such as “We Gather Together.” But Biggs also wanted to find a unique twist to showcase true “Americana” music and songs.

“This concert has always featured the heart of American music. I think there is no better representative of America than true blue grass music ,” explained Biggs. “It’s going to add a really nice contrast to the programming. You’re going to have choral music and this true roots music that is Blue Grass. I wanted a band that has the true Appalachian sound, and this band (Bonnie Ridge Blue Grass) has it.

“I was researching to find a choral arrangement that we (Choral Society and Blue Grass Band) could do together,” Biggs continued. “It’s not something you find very often, so when this ‘O Brother, Where Art Thou’ arrangement came across my desk, I knew it would be perfect.”

“The piece is lovely, well written and very sophisticated … my members really love singing it,” Biggs stated. “It’s very beautiful and is a perfect fit into this concert because a part of the performance is called ‘Rememberance’ … We will also sing ‘Kyrie’ from ‘Memorial’ by Rene Clausen. The piece was written for the tenth anniversary of the Sept. 11th tragedy. There are two very profound pieces of music honoring those who have passed away.”

Choir members will sing a portion of ‘Kyrie’ in three different languages at the same time: English, Latin and Hebrew, Biggs explained.

The guest narrator for this year’s “We Gather Together Concert of Praise, Thanksgiving and Remembrance” is Mercer “Katie” VanSchoor, an anchor at WRBL in Columbus.

David Kocsis will be the guest organist for the performance.

The concert will begin with a choir tradition: a reading of President Abraham Lincoln’s 1863 proclamation which made Thanksgiving a national holiday, said Biggs.

“This concert honors the true concept of Thanksgiving and what it means to us,” Biggs explained. “It brings people back together again … brings them back home again … There’s a good sense of family and unity that happens within the context of this concert that doesn’t seem to happen in other concerts. You have the choir, musicians, narrator and the audience who sing with us … It’s the merging of the spoken word and music that really make it quite unique and special.”

Biggs said the Choral Society of West Georgia boasts 58 singers this year; making it the largest group in choir history.

The “We Gather Together Concert of Praise, Thanksgiving and Remembrance” will take place on Saturday, Nov. 19 starting at 7 p.m. and on Sunday, Nov. 20 starting at 5:30 p.m. Both concerts will be performed inside the First Presbyterian Church at 120 Broad Street.