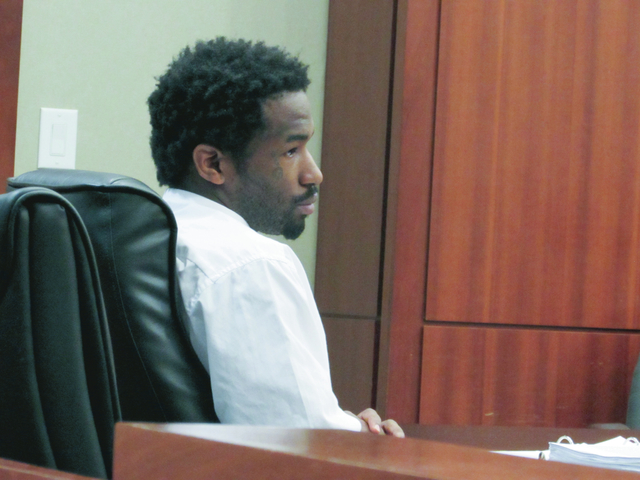 LaGRANGE — The trial of Coby Jermaine Harden, 26, is set to begin this week in a Troup County Superior courtroom.

The 26-year-old was arrested on March 6 and charged with the murder of T’Quarius Holloway, 22, of LaGrange according to police reports. Holloway died at Grady Memorial Hospital in Atlanta after he was shot several times in the first block of Spring Street on March 4.

According to the indictment, Harden is believed to be a member or known associate of the Bloods criminal street gang. The document stated he committed the murder with the intent to “maintain and increase his status and position in said gang.”

According to documents obtained by the Daily News, Harden had been behind bars awaiting trial for another violent crime — a shooting on April 8, 2015.

Harden was charged with aggravated assault, possession of a firearm and three counts of participation in a criminal street gang for allegedly shooting a man in front of the Daniel Street Food Market.

But the 26-year-old never went to trial after the victim refused to cooperate with investigators on the case. There was also insufficient evidence to prove Harden was the shooter, according to the Troup County District Attorney’s office.

Documents show Harden was released from the Troup County Jail about 6:15 p.m. March 4. Police reports state roughly four hours and 43 minutes later — at 10:58 p.m. — LaGrange police officers were dispatched to Spring Street to respond to a call for shots fired – where they found Holloway lying in the roadway.

Harden violated the terms of his probation after his arrest for the 2015 shooting on Daniel Street, court documents show.

The jury said Harden shot or was driving the car for two yet-to-be-identified people who shot at least 24 bullets into a home in the 300 block of Wilkes Street in April, 2015.

One of those bullets struck T’Quarius Holloway, 20, in the side while he was inside the residence, Assistant District Attorney Jim Powers said.

Holloway is same victim Coby Harden is accused of allegedly shooting and killing less than a year later.

During that trial, Powers told the court both cousins were charged with aggravated assault before, when they were teens, but neither was ever convicted.

His trial is expected to begin early this week. Demetrius Ladarius Harden, 26, shows no emotion as the guilty verdict is read in Troup County Superior Court by presiding Judge Travis Sakrison in June. Harden was found guilty on two counts of aggravated assault for a May 1, 2015, drive-by shooting, which injured T’Quarious Holloway – the same victim Coby Harden is accused of killing less than a year later.

http://lagrangenews.com/wp-content/uploads/sites/37/2016/11/web1_D.Harden.jpgDemetrius Ladarius Harden, 26, shows no emotion as the guilty verdict is read in Troup County Superior Court by presiding Judge Travis Sakrison in June. Harden was found guilty on two counts of aggravated assault for a May 1, 2015, drive-by shooting, which injured T’Quarious Holloway – the same victim Coby Harden is accused of killing less than a year later.

School board pleased with ‘Opportunity’s’ failure