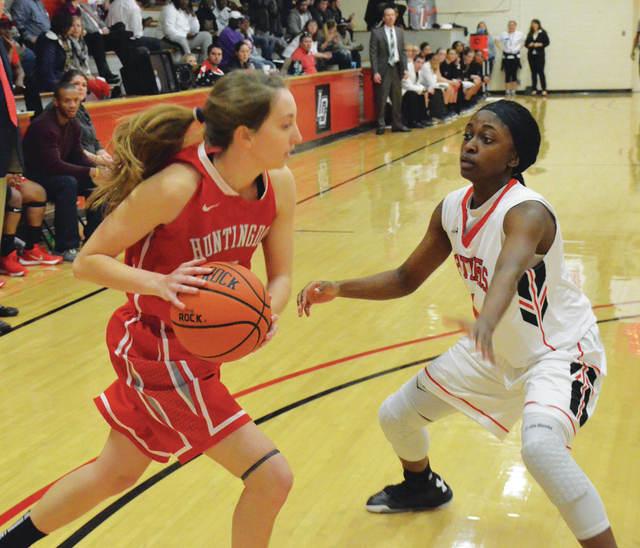 LAGRANGE – They made it interesting.

The Methodist Monarchs held a 37-13 lead early in the fourth quarter of Saturday’s game, but the LaGrange College Panthers scored a pair of quick touchdowns to get within 11 with more than nine minutes to play.

That’s as close as the Panthers would come, though, and it was the Monarchs leaving Callaway Stdaium with a 43-26 victory.

It was the final game of the season for the Panthers, who went 3-7 overall and 1-6 in the USA South.

It was the last game for the team’s 16 seniors, and head coach Matt Mumme expressed his appreciation for that group.

Many of them were freshmen when Mumme came in as the offensive coordinator in 2013, and he took over as head coach for the final three games of that season.

“It’s been a fun run with a terrific group of seniors. I really appreciate what all these guys did in helping change the program,” Mumme said. “We were really close in a lot of ways and their commitment never wavered. I will miss these guys but I know they will be successful in whatever they choose to do.”

Among those seniors is a group of wide receivers who have put up impressive numbers in Mumme’s pass-oriented offense over the years.

One of those seniors, Markeis Levatte, had seven catches with a touchdown in Saturday’s game.

Levatte was in his first season at LaGrange College after transferring from Concordia College (Ala.), Meeks was a two-year member of the program, and Jackson, Hardrick and Oge were Panthers for four years.

Oge will leave the program with 176 career catches with 15 touchdowns, Hardrick caught 164 passes and scored 13 touchdowns, and Jackson finished with 147 receptions and 27 touchdowns, including 12 when he was a freshman.

Meeks, after catching 13 balls a year ago, was among the team leaders with 51 receptions this season.

While there will be some new people catching the passes next season, the man throwing the ball will return.

Connor Blair, a junior, has compiled some gaudy stats during his two seasons as the Panthers’ quarterback.

This season, Blair finished with a school-record 35 touchdown passes, and he also established a new mark with 3,616 passing yards in a season.

In his two seasons as a starter, Blair has thrown for 6,404 yards with 57 touchdowns, making him one of NCAA Division III’s most prolific passers over that stretch.

In the Methodist game, LaGrange College entered the fourth quarter in a 24-point hole.

The Panthers ate into that deficit when Jaylen Turner, one of the receivers who will return next season, caught a 26-yard scoring pass to cap a 13-play, 75-yard drive.

The Monarchs had to punt on their ensuing possession, and the Panthers took over at their own 24 with more than 12 minutes to play.

Blair completed 7-of-8 attempts on that possession, including a 2-yard scoring pass to Meeks.

Brad Hodgson converted the extra point, and Methodist’s lead was down to 11.

The LaGrange College defense then forced a three-and-out, and the offense got the ball at its own 30 with 6:53 to play.

The Panthers made it to the Monarchs’ 41-yard line when a Blair pass was picked off by Daiquan Hunt.

Methodist turned that interception into points, with E’Montie Dears scoring on a 3-yard run to cap the scoring and salt the game away.

LaGrange College made it to the Methodist 6-yard line on its final possession, but an incomplete pass on fourth down ended the threat.

Methodist ran one kneel-down play, and that was that.

LaGrange College struck first in the game, with Levatte catching an 11-yard scoring pass from Blair, but Methodist rallied to take a 23-6 lead early in the second quarter.

LaGrange College answered with a five-play, 91-yard drive that was capped by a Hardrick 8-yard touchdown catch from Blair.

That made it a 23-13 lead for Methodist, and that was the score at the half.

Methodist scored a pair of third-quarter touchdowns to take a 37-13 lead, and LaGrange College tried to rally in the fourth quarter, but it wasn’t enough. LaGrange College’s defense tries to bring down Methodist running back E’Montie Dears during the second half of Saturday’s game. Kevin Eckleberry | Daily News

http://lagrangenews.com/wp-content/uploads/sites/37/2016/11/web1_LC1-1.jpgLaGrange College’s defense tries to bring down Methodist running back E’Montie Dears during the second half of Saturday’s game. Kevin Eckleberry | Daily News