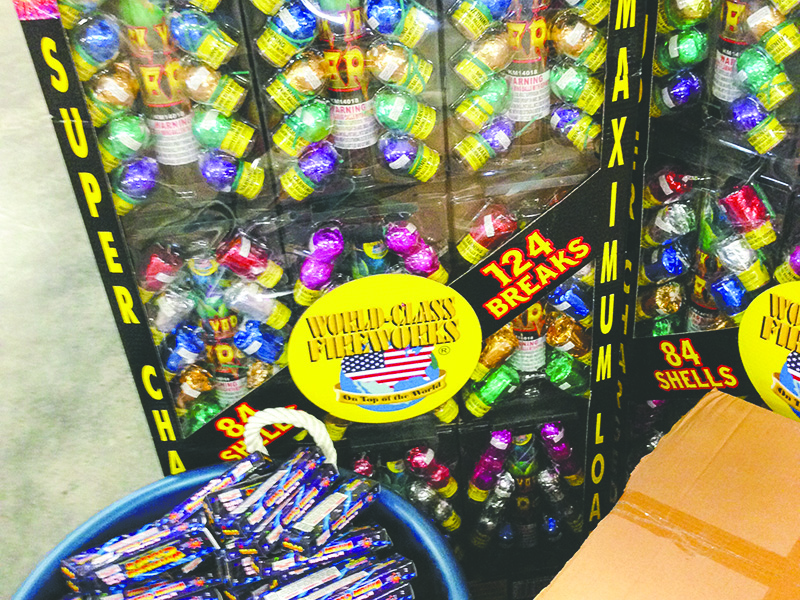 The Troup County Fire Department discourages outside burning - including fireworks - which could easily cause fires. (Alicia B. Hill | Daily News)

LaGRANGE – Celebrations may have to go without fireworks in upcoming weeks thanks to new legislation necessitated by the drought that has held the state for the majority of the year.

“(Deal) passed an executive order yesterday banning the use of fireworks in a lot of counties – Troup County, Heard County – because of drought conditions,” said Fire Chief Dennis Knight on Tuesday.

The majority of the counties in Georgia are included in Deal’s executive order, including Harris County, Heard County, Meriwether County, and Troup County. Local fire departments have had to remain vigilant against fires throughout the summer and fall as conditions became increasingly dry.

State law makes it possible for the governor to restrict use of consumer fireworks if he officially declares a drought, which is exactly what Deal did with the order.

“Over the preceding six months, many areas of the state of Georgia have experienced significant drought conditions,” states the order. “… There have been numerous instances of uncontrolled fires that seriously threaten the welfare of citizens of this state.”

The counties where drought was officially declared to be in a state of drought were selected by the Georgia Department of Natural Resources, Environmental Protection Division who is currently monitoring the drought situation throughout the state.

Troup County Fire Department has discouraged burning trash and yard waste in recent months because of the drought and reminds residents that a permit is normally required for outdoor burning, though those permits are currently not being granted due to the fire risk.

“We want to discourage all outdoor burning,” said Knight.

The Georgia Forestry Commission has stopped issuing burn permits, along with the city of LaGrange. The U.S. Army Corps of Engineers, which manages West Point Lake and adjacent campgrounds, has outlawed camp fires until the drought recedes.

There is no significant chance of rain for at least the next week.