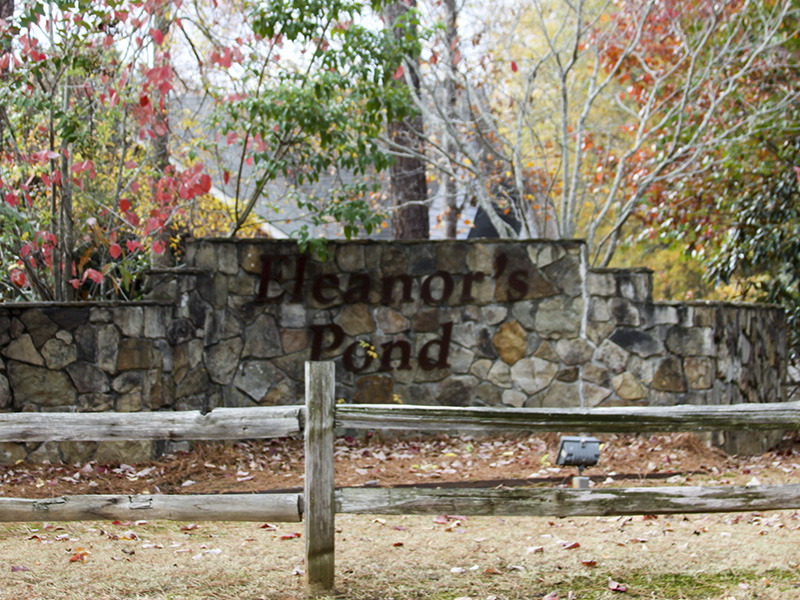 The city council approved a controversial rezoning of land between Eleanor's Pond and Faith Baptist Church on Hammett Road at their meeting on Tuesday.

LaGRANGE – The LaGrange City Council approved a conditional zoning change for 430 Hammett Road on Tuesday in a close vote with four in favor and three against.

The rezoning was cause for debate at its public hearing back in October, so the council had asked the developer and area residents to come to a compromise on what kind of development would be done on the site.

“The council asked staff and asked the developer and to meet with some of the residents in the affected area and see if there was some compromise – if you will, some adjustment – that could be worked,” said Mayor Jim Thornton. “Those meetings have taken place, and we tabled this. It is coming back to us today, and there was discussion in work session today about a possible substitute ordinance.”

The developer, residents of the area, and a city representative met twice between the public hearing and the vote.

“After… the public hearing, staff reached out to the residents of Eleanor’s Pond that had been very active regarding the application – folks that had come in and questioned me – and I had worked through them as a liaison to the other neighbors in the area to schedule a meeting where the engineer and the developer came, and we sat down and we talked about the concerns and some of the issues,” said LaGrange’s Senior Planner Leigh Threadgill. “So, that meeting took place, and we had a follow up meeting after the engineer revised the plan to unveil that to the residents again and get the feedback that they might have regarding that – whether that was a compromise that they felt was suitable.”

The Eleanor’s Pond Home Owner’s Association played a big part in trying to find a solution to developmental concerns that could potentially affect its residents.

“I just felt that it was important for the community and our neighbors and our neighborhood to find out what was going on and to state our case,” said Beda Marshall, a board member for the Elanor’s Pond Home Owner’s Association.

The proposal for the land that came before the council in October asked for a 57 lot subdivision. The zoning board did not recommend that plan.  The primary concerns on that version of the proposal were density, traffic, house size and lot size.  The new request did not go before the zoning board due to the meeting schedule in relation to the complete plan and council sessions, but both city officials and residents seemed to prefer the new plan over October’s plan.

“The reason Mr. (Anthony) Okeke wants the smaller lots is he wants to retail this for senior citizens, and seniors – he has found – do not want to have a large lot to mow,” said Bonnie Staufford, who has worked with Okeke on the project. “… Originally he wanted to rent these, and he has other places here in LaGrange that he has built and rented. And he has maintained everything for them.”

Without the rezoning, the developer would have been able to build 34 homes in the space. The new zoning does have the advantage for neighbors of higher building standards and better building materials then the old standard though which eased concerns brought up in the previous meeting regarding property values.

“We developed four conditions for the zoning that would mitigate some of the concerns regarding that,” said Threadgill. “So, the developer has agreed to reduce the total number of lots in the development from 57 to 44. He has agreed to provide a 25 foot undisturbed buffer along the adjoining property line with Eleanor’s Pond, excluding one little piece where the storm water pond is required to be installed, and the grading that is necessary to create that pond doesn’t leave the 25 feet there.

“In addition there is a 1200 minimum square footage requirement, and the HDRLU (High Density Residential zoning) requires 900, so that was upped by 300 square feet per house. And then finally, the R1 (single family residential zoning) set back of 30 feet has been assigned to lots that adjoin the Eleanor’s Pond subdivision – so those along the southern property boundary.”

The increase in the buffer was made to decrease sound pollution between the neighborhoods, and the increased house size addressed concerns about large disparities in house sizes between the two subdivisions affecting property values.

But even with these compromises, concerns over traffic on Hammett Road as well as a road that is set to connect the two neighborhoods were prominent in resident’s minds. The connecting road is a requirement for new subdivisions in the city in order to provide emergency access to both of the subdivisions but could potentially increase through traffic in Elanor’s Pond.

“If we could not have that road, that would be better for us,” said Angela Facey, who lives across the street from where the road between the neighborhoods would be built with her two young children. “If not, we are considering moving.”

The council would not be able to eliminate the road due to security concerns where emergency vehicles might not be able to get to residents in time if a down tree or other obstruction were to block an entrance, but the council did search for a compromise that would be more palatable for residents who had moved to the subdivision without knowledge of a possible connecting road.

“It was an if it develops – no matter which way it develops – that road is going to be a requirement because it has to be two entrance and exits from the property for ambulance and fire and so forth,” clarified Council Member Tom Gore, who suggested building the road at the minimum required size in order to minimize traffic while still providing emergency access.

The section of road that is platted for the city is for a 50 foot right of way, but the city does have the ability to control how much of that space is actually paved. The fire code requires 20 feet of paved road for access or 26 feet when the road is adjacent to a fire hydrant, and Thornton stated an intention to only accept the road to the city if it was at the minimum required width.

“Narrower lanes calm traffic,” said Threadgill. “People don’t like to drive as fast when they feel like they are in narrower spaces.”

Even with the issues that were addressed, concerns still remained regarding traffic on Hammett Road and within the subdivisions which may have been the reason behind the divided vote, but ultimately, a conditional rezoning was approved.

“It is very unusual for the city council to be divided on an issue, and I think that is some indication that this is a close call,” said Thornton, who broke the tie by voting in favor of the ordinance. “… The City of LaGrange needs more housing. We hear that everywhere we go – that we need more housing. We need more rooftops. We particularly need more senior housing. … We don’t have a lot of senior housing in a middle price point…

“We have had this development proposed, and it is not necessarily the ideal location for a high density development. … There is some merit to approving a development that does have higher density, but has heightened architectural control.

“There are also some very legitimate concerns about how that affects the surrounding neighborhood, and I think that the council did the right thing by – when this proposal came in – going back to the developer and the residents and saying, ‘Is there a compromise? Is there some tweaking that can be done that can make this maybe less desirable to the developer and less unpleasant to the neighborhood?’ And that is sort of the nature of a compromise. A compromise is good when nobody really likes it.”