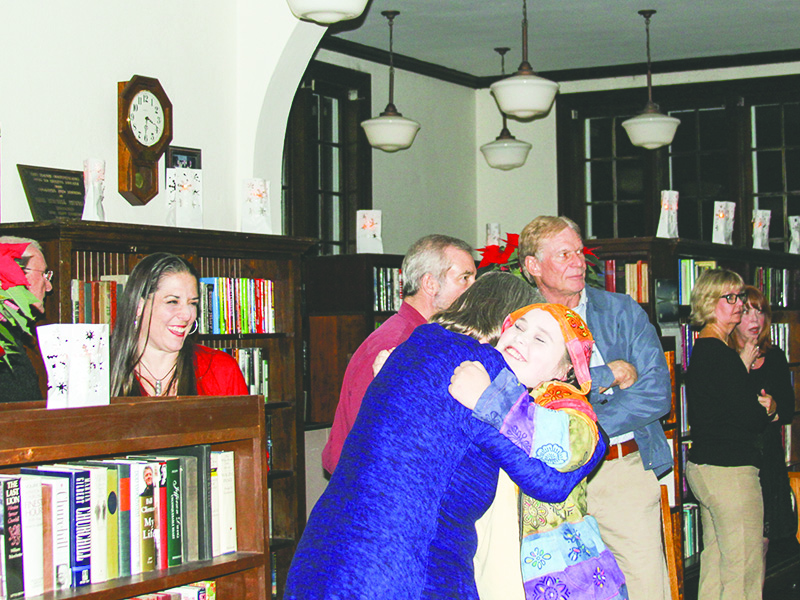 WEST POINT –Hawkes Children’s Library hosted its sixth annual candlelight open house on Monday night to the delight of locals who took shelter from the heavy rain in the cozy historic library in downtown West Point.

The event was highlighted by classic Christmas carols sung by students from the Valley High School Chorus under the flickering light of electric candles.

“We do this so that the community can come in and just socialize and just see the library,” said Director Debra Robinson. “It’s a fun event.”

Hawkes library originally was built in 1922, is a landmark on Georgia’s historic register, and one of the few libraries that still allows patrons to borrow a book by signing it out on a card.

“(Albert King) Hawkes originally designed this (library) for children, but it’s never been entirely for children,” said Robinson. “… Dr. Hawkes was an ophthalmologist, and he wanted children to have an opportunity to have access to a library and also to movies, and so he gifted $7,000 to the city of West Point if they would donate the land for it to be built on, so they did.”

The historic building is the only Hawkes library still operating for its intended purpose left standing, but just because the building is old doesn’t mean the programs aren’t fresh. The library holds regular events to keep the community entertained, including regular PreK story time on Fridays at 10:30 a.m.

“We’ve been working to get children and adult programs in the library and make more people aware of this library,” said Lynda Hines, a member of the friends of the library.

Time to prep for winter weather