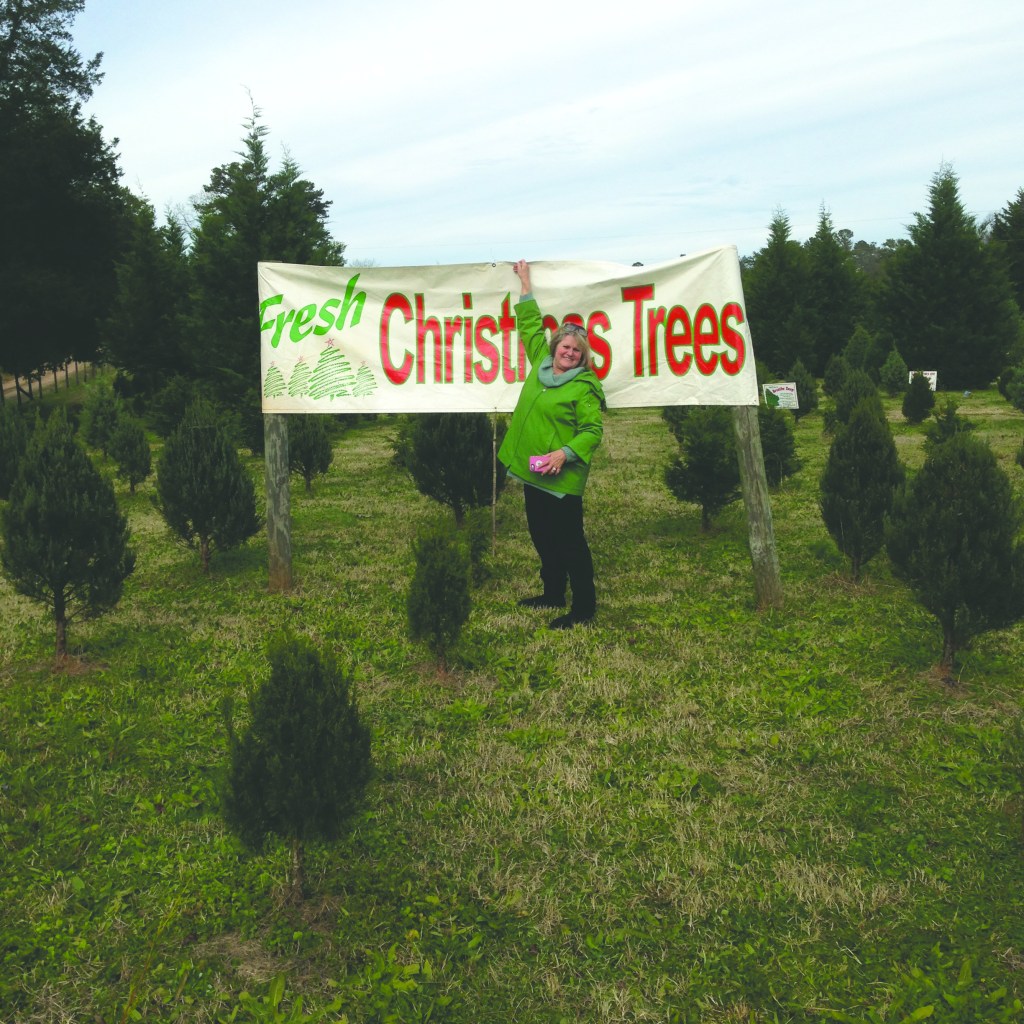 (Submitted photo) A woman shows her excitement for christmas trees at the Christmas Tree Farm in West Point.

WEST POINT- Looking for a Christmas tree this time of the year?

The December Place Christmas Tree Farm is ready with an assembly of trees just waiting to be scooped up this holiday season.

Lamar McKeen and his wife Dorothy co-own the December Place Christmas Tree Farm, where people can come in and choose between a variety of trees like Fraser Firs, Carolina Sapphires, Blue Ice, Leyland Cypress’ (the most popular trees that customers like) and freshly grown, cut trees. The majority of the trees are Fraser Firs. Most come from North Carolina because the hot climate in Georgia prevents those kind of trees from growing throughout the year, McKeen said.

The trees all cost between $40 to $60 and profits go to charity. Usually between 200 to 300 families show up every year to collect a tree. The tree farm typically sells between 100 to 150 trees per year.

“It really is a family-oriented atmosphere,” said McKeen. “A lot of families like to come out here and purchase a tree but also to bring their children to let them enjoy the feeling of picking out a tree and maybe help cut one down as well. People take plenty of pictures and it’s really like a family event for them.”

The farm tradition got started by married couple, Dan and Jo Payne, about 15 years ago. McKeen got involved in 2006 when he purchased 20 acres of property right next door to the Payne’s location.

“When I got involved, I knew I always had a passion for this because when I was 10 or 12 years-old I used to sell Christmas trees,” said McKeen. “We’ve kept it going for 10 years now and we look at it as a way to give back to the community.”

To maintain the trees, McKeen says they normally cut the grass, trim the trees, replant them and water the trees to keep them fresh on a consistent basis.

McKeen calls it a laborious task, but “very rewarding.”

With the lack of rain LaGrange has had of late, the drought really didn’t affect the trees, McKeen said.

“The drought did not particularly effect the trees that much except for that they didn’t grow very much at times,” he said. “The trees were brought in from North Carolina and received plenty of rain there.”

The farm usually starts selling trees after Thanksgiving and generally hosts students from dozens of schools. The McKeens will give each class that visits a tree for free that students may place in their classrooms.

The farm remains kid-friendly with animals to see and pet. The farm also is decorated with cardboard standups of Disney characters like Mickey Mouse, Minnie Mouse, Goofy and Snow White and the Seven Dwarfs that were all drawn by a local artist.

“We’ve had good success with the tree farm,” said McKeen. “We enjoying doing it and we hope our community continues coming out and enjoying it too.”