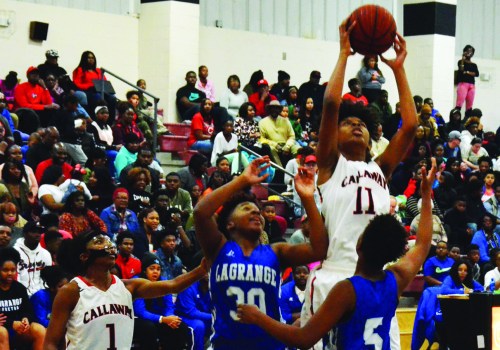 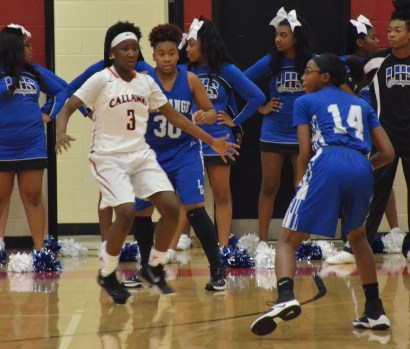 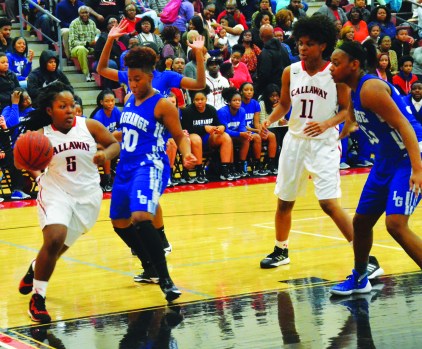 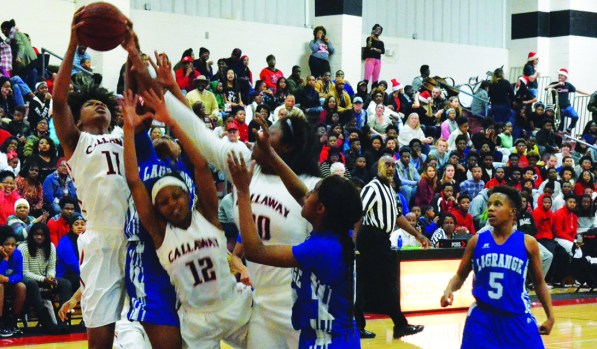 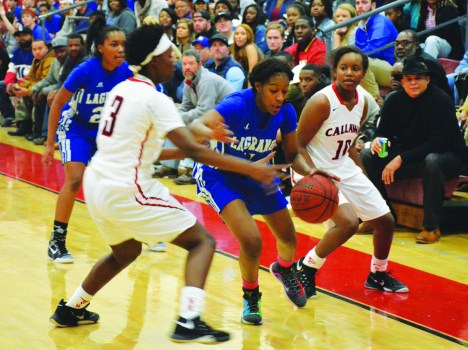 With a little more than two minutes remaining in the third quarter of Saturday’s basketball game, the LaGrange Lady Grangers had a seemingly comfortable 20-point cushion, but in short order that lead was cut in half.

As the fourth quarter began, LaGrange (2-5) was still ahead by 10 points, but Callaway seemed to have the momentum.

Beginning with a 3-pointer by Aryan Dozier moments into the final period, though, LaGrange reclaimed control, and it led by at least 13 points the rest of the way en route to a 63-45 victory.

LaGrange coach Stephen Tuck was proud of the way his players withstood the Callaway charge.

“It’s important for them to understand, you’ve got to bunker down and decide we’re going to get back to business,” Tuck said. “That’s what’ll happen. Teams are going to make runs. I was proud we weren’t like, here we go again.”

It’s an inexperienced team, with only a handful of returning players who contributed last season.

“We’re real young,” Martin said. “We’ve only got two girls on the team that have actually played a lot of significant minutes. So all the other girls, they’re having to get out there and do the best they can. I thought it was a big improvement from (Friday night against Troup) to tonight. We’re going to be fine.”

While Callaway fell to 0-3 with the loss, it was an encouraging effort in many ways, particularly on the offensive end.

After scoring 25 points in a season-opening loss to Starr’s Mill and 32 points in Friday’s loss to Troup, Callaway easily enjoyed its best offensive output of the young season.

In the fourth quarter, Dozier sparked LaGrange with her early 3-pointer, and she was also 5-of-6 from the free-throw line in the final eight minutes.

“When she shoots the ball well, our offense is really good,” Tuck said. “We had other people, too.”

Shaq Sutton added seven points, all in the second half.

Sophomore Qua Beasley, who has been a bright spot for Callaway, made four 3-pointers and scored 18 points.

LaGrange started quickly, with Dozier exploding for 10 points to help her team take an 18-10 lead after the first quarter.

In the second period, Demia Mitchell hit a 3-pointer with 1:50 to play to help LaGrange extend its lead to 29-17 at the half.

It took LaGrange less than three minutes to push that lead to 20 in the third quarter.

Dozier made two 3-pointers and Sutton hit one as LaGrange went up 38-20, and Mitchell scored with 5:21 left in the third quarter to make it a 20-point game.

It was still a 20-point lead when Beasley drained a 3-pointer with 2:10 to play in the third quarter, and that jump-started a 10-0 run.

Chyna Cameron pulled down an offensive rebound and scored to get Callaway within 15, and Owens made two free throws to cut LaGrange’s lead to 13.

Then with moments remaining in the quarter, KeKe Talley made a 3-pointer to cap the 10-0 run, and just like that it was a 10-point game.

Any hope Callaway had of completing the comeback was dashed early in the fourth period, though.

Dozier’s 3-pointer began an 8-0 run that gave LaGrange a 54-36 lead, and Callaway came no closer than 16 points the rest of the way.

On Tuesday, it will be LaGrange hosting Callaway at 6 p.m.

OF NOTE: For more photos from Saturday’s game, check out Facebook.com/LDNsports