LaGrange, Callaway give fans a show 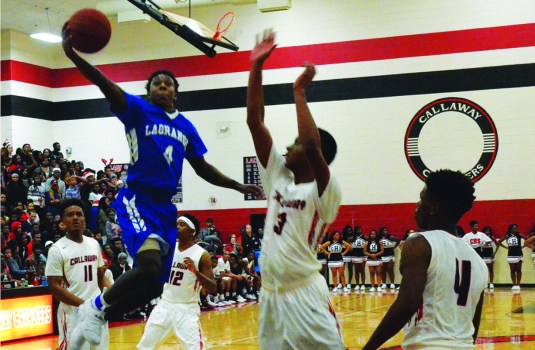 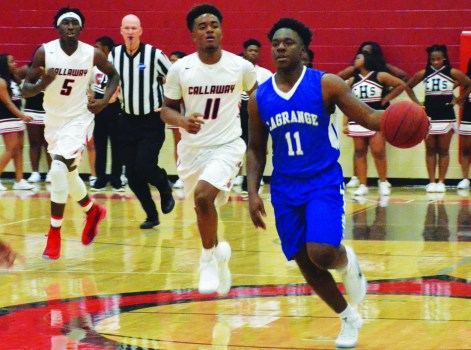 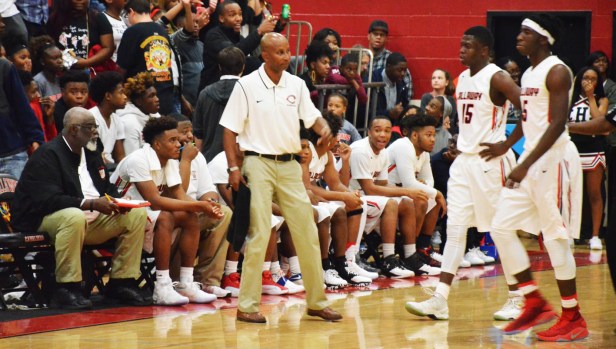 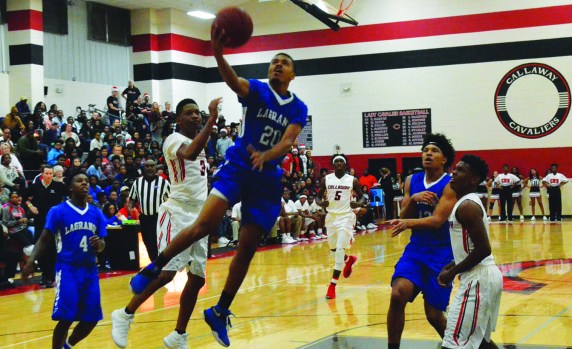 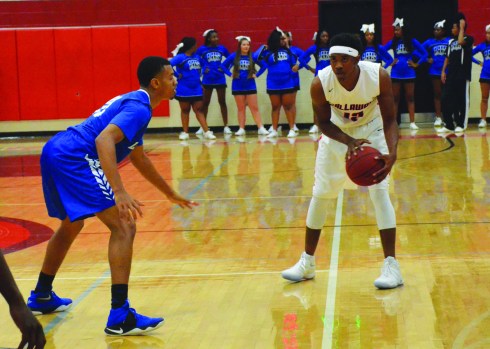 HOGANSVILLE – The two seniors put on a show.

With a standing-room only crowd looking on Saturday night, LaGrange’s LaPerion Perry and Callaway’s Braylon Sanders combined for 49 points, and they electrified their respective fan bases with some above-the-rim play.

Perry scored 23 points and was 11-of-15 from the free-throw line to help the Grangers out-last the Cavaliers 75-65.

The Cavaliers fell short despite a 26-point effort from Sanders, who had 23 points in a season-opening win over the Troup Tigers on Friday.

The Cavaliers trailed by 12 points at the start of the fourth quarter, but they hung tough and got as close as six, but the Grangers made the plays down the stretch to secure the rivalry win.

“When you play your rival games, you’re pretty confident you’re going to get their best,” LaGrange head coach Mark Veal said. “One  thing these rival games do, is they help you deal with some of the pressure you have (in tournament games). You’re in do-or-die mode right there.”

It helped that LaGrange had Perry on its side.

The senior had hip surgery during the summer, and that forced him to miss half of the football season before he returned to play the final five games at quarterback.

Perry is at full strength now as he showed Saturday night when he soared to the basket in the second half and delivered a dunk.

While that’s nothing new for Perry, what made that moment meaningful was it was the first time he’d dunked since the surgery.

That the Cavaliers were in the game as long as they were was largely a credit to Sanders, who has shown no signs of rust even though he is barely a week removed from the end of football season.

Sanders had a remarkable season as a wide receiver for the Cavaliers, whose season ended with a loss to Benedictine in the final four.

Sanders has stepped right onto the basketball court and produced in a big way, scoring a combined 49 points in his first two games.

A lot of Sanders’ points have come on dunks, and he has also made a combined seven 3-pointers in the first two games.

Guard Tamarcus Smith, who has had two strong games to begin the season, had 13 points against LaGrange, and Kobe Jackson and DQ Wilkerson each had six points.

Sanders is the only returning starter for Callaway and the team hasn’t had much practice time because of how long football season lasted, but the Cavaliers have competed well in both of their games so far.

“It’s all the little stuff we’re not doing right. The only way to do that is to play,” Callaway coach Terry Hayes said. “We just need time together on the court, and practice time.”

For most of the first half, there was little separating the two teams.

Russell hit a 3-pointer at the first-quarter buzzer to give LaGrange a 17-13 lead.

Callaway got as close as one on a basket by Wilkerson with 2:58 left in the second quarter, but it was LaGrange taking a 37-31 lead at the half.

The Grangers scored the first eight points of the second half, with Freeman making a pair of 3-pointers, and the Cavaliers found themselves trailing 45-31.

LaGrange went on to lead by as many as 15 points, and a 3-pointer by Sanders late in the third quarter made it a 59-47 game as the final period began.

Kedrick Ramsey scored back-to-back baskets to cut LaGrange’s lead to 61-55 with 5:15 to play.

While the Cavaliers remained within shouting distance, they were unable to get any closer than six the rest of the way.