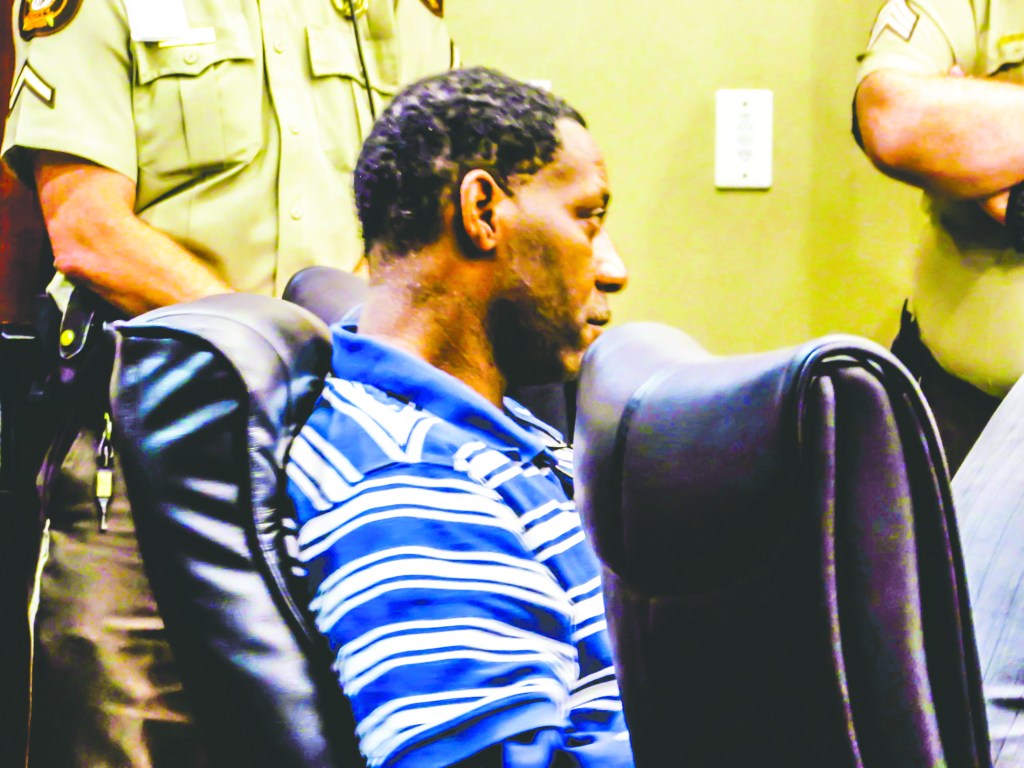 Eddie James Huguley shows no emotion as Troup County Superior Court Judge Dennis Blackmon reads out the verdict against the man. Huguley was found guilty in November of brutally beating his ex-girlfriend. The defendant was sentenced to 30 years behind bars. (Photo By: Melanie Ruberti | Daily News)

Defendant to spend at least 30 years behind bars

LaGRANGE – A man convicted of beating his ex-girlfriend with a shotgun, hammer and his feet was sentenced in a Troup County Superior Court on Monday morning.

Eddie James Huguley, 42, will spend three decades behind bars for the incident.

A Troup County jury found the defendant guilty of three counts of aggravated assault, aggravated battery and possession of a firearm during the commission of a felony in November.

After the verdict was read, Blackmon informed the jury Huguley was also a convicted felon.

In 1997, the defendant was convicted of statutory rape, according to Troup County Assistant District Attorney Brett Adams told the court during the trial in November.

When he beat his ex-girlfriend with a gun almost 19 years later, Huguley violated the terms of his release from prison as a convicted felon.

The jury was sent back to deliberate on a seventh charge of possession of a firearm by a convicted felon – and found Huguley guilty.

According to Adams, Huguley severely beat his then girlfriend, Nikel Walker, inside a home in the 100 block of McGee Street on Feb. 19.

Huguley hit the victim with such force, the shotgun broke apart during the incident, Adams told the court.

The defendant allegedly kicked Walker as well before ordering her to strip naked and get into bed, said Adams.

Pieces of the shotgun were found inside the home on McGee Street, Adams stated. LaGrange Police also discovered the hammer underneath a bed.

Blackmon decided to sentence the defendant to significantly more time.

Huguley and his attorney have already planned to file an appeal, according to the court.