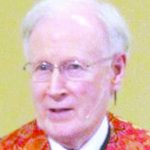 A man said to his minister, “My father taught me how to earn money, how to save it and how to spend it; but he never taught me how to give it.” Evidently, that man’s father taught him how to make a living but not how to make a life.
In contrast, there is the biblical character, Dorcas. Undoubtedly, she knew how to make a life. It is said of her in the book of Acts, “She was devoted to good works and acts of charity” (Acts 9:36).
Note, the Bible tells us nothing about Dorcas’ prayer life. It tells us nothing about her personal character or that she was a serious student of the scriptures. But this one thing we know – Dorcas was a giver. She was generous, and consequently, she knew how to make a life.
So, what am I saying? My point is that the difference between making a living and making a life is giving, generosity. Dorcas was constantly giving her time, her talents, and her resources. She was generous.
Generosity is the outgrowth of gratitude! Someone said, “There are three kinds of giving: grudge giving, duty giving, and thanksgiving. Grudge giving says, ‘I hate to,’ duty giving says, ‘I ought to,’ and thanksgiving says, ‘I want to.’ ”
Our generosity is simply an expression of the depth of our gratitude to God.
The writer of Psalm 116 recalls how he had called upon God and God had heard his prayer. He confesses that his very life had been in danger, and that God had delivered him. Then, while still counting his blessings, the psalmist comes to the inevitable question of any hour of genuine gratitude. The psalmist asks, “What shall I return to the Lord for all his bounty to me?” (Psalm 116:12).
Belinda was a single parent trying to take care of herself and raise 5-year-old Ryan. She was a single parent because when her husband learned that the necessary operation for her cancer would disfigure her, he left. One evening Belinda tucked Ryan into bed and was reading a book to him. He interrupted her to ask if she had bought the book for him. “Yes,” she said. He then asked if she had also bought the bed in which he slept? Again the answer was yes. Had she bought the house they called home? “Yes,” she replied. And what about the new sweater he liked so much? “Yes,” she said, she had bought that too. He thought about how good she had been to him, supplying all his needs, and finally said, “Mommy, get me my piggy bank. There are seven pennies in it. Take them and get something you really want for you.”

Generosity is an outgrowth of gratitude.
Next, generosity makes room for others! According to the dictionary, one definition of generosity is, “the willingness to share with others.” So we recognize our blessings, are grateful for them, and desire to give.
John Yemma, columnist for The Christian Science Monitor Weekly, states in the November 16, 2016 issue, “Whatever the motive, the quality of charity, like mercy, is twice blessed, helping both giver and taker.” While agreeing with Mr. Yemma about the double blessing for givers and takers, for me, the noblest reason for giving is out of gratitude for blessings received. That reason supersedes all other reasons – tax breaks, guilt feelings, greater influence, name recognition or any other reason.
A few years back when I was the pastor of the First United Methodist Church of Dallas, Texas, I visited a modest lady who had crippling arthritis. I visited her frequently as she was in and out of the hospital. As her pastor, I buried her first husband, and performed the marriage ceremony to her second husband. She lived a very modest lifestyle, and her home was in no sense extravagant. But when she died, she left the church $1 million dollars in trust.
Needless to say, it was a delightful surprise but not really. You see, she lived in gratitude, and she died in gratitude. She made room for others.
Finally, generosity leads to greater happiness! The card catalogue of the library reveals a large number of books whose titles begin with “The Joy of…”
The Joy of Sex
The Joy of Photography
The Joy of Gardening
The Joy of Money
The Joy of Cooking, and so many others.
Interestingly enough however, author Herb Miller says that we do not find the title, “The Joy of Giving.” Then he says, “But we already have that book. It’s called the Bible.”
Jesus stated it clearly when he said, “It is more blessed to give than to receive” (Acts 20:35).
Leo Buscaglia has written a powerful book in which he identified three life tasks in the title, “Living, Loving and Leaving a Legacy.” By giving, we do all these things, we make love visible, we live our life to the fullest and we leave a strong legacy. And for sure, the result of these things leads to our greater happiness.
It was said of Dorcas, “She was devoted to good works and acts of charity.” I pray that will always be said of us. It’s the difference between making a living and making a life.

Hal Brady operates Hal Brady Ministries in Decatur with the stated goal of presenting the good news of Jesus and offering encouragement in positive ways. halbradyministries.com