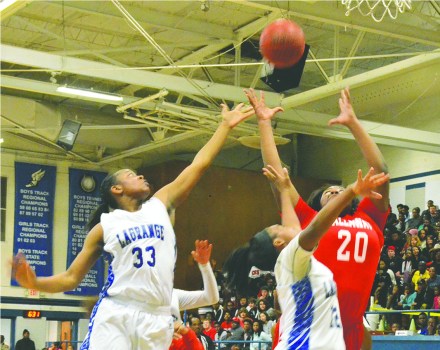 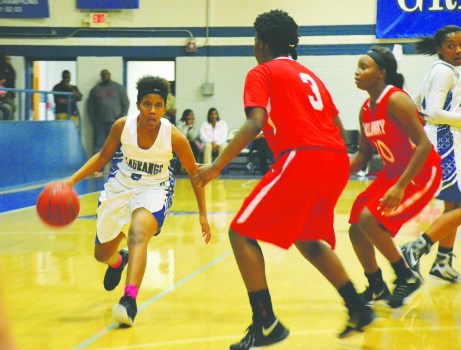 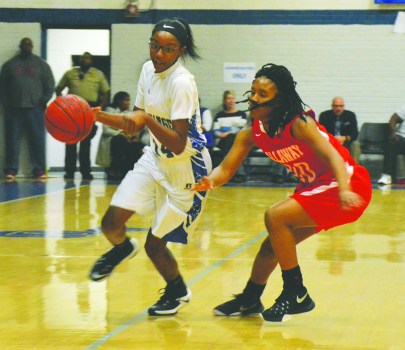 LAGRANGE – The LaGrange Lady Grangers started quickly, and they never looked back.

With Chnaireia Strozier delivering a 19-point performance, LaGrange rolled to a 62-38 victory over Callaway to complete a season sweep of its county rival.

Callaway got as close as 13 points late in the third period, but LaGrange pulled away in the fourth quarter to secure the 24-point win.

While Strozier led the way with 19 points, and 11 of those points came in the second quarter, Dozier and Woodard had 14 points each.

Demia Mitchell added seven points, and she had a 3-pointer that helped LaGrange get off to a fast start in the first quarter.

The Lady Grangers pushed the pace, and a lot of their points came in the transition game.

For Callaway (0-3), junior post player Chyna Cameron held her own inside and had a team-high 14 points, KiKi Owens added eight points, and Qua Beasley scored seven.

“I’m going to tip my hat,” Callaway coach Deyano Martin said. “I thought LaGrange played really well. They knocked down shots, they hustled, they did what they had to do.”

Martin said LaGrange’s ability to get fast-break baskets was the difference.

“Against LaGrange, once you miss, you better get back, because they’re going to run,” Martin said. “We did some good things, but a lot of times we didn’t get back on defense, and we gave up some extra shots. It costs us.”

In the first quarter, Dozier scored six points, and Mitchell added five points as LaGrange surged to a 17-7 lead.

In the second period, Strozier took over.

She was attacking the basket, and that resulted in her getting to the line seven times, and she made six of those free-throw attempts.

Strozier also made a 3-pointer in the second period, and by the half LaGrange held a commanding 34-19 lead.

Callaway played LaGrange on even terms in the third period, and by the time the fourth quarter rolled around it was a 45-30 game.

The fourth quarter was all LaGrange, which out-scored Callaway 17-8 in the final eight minutes to win going away.