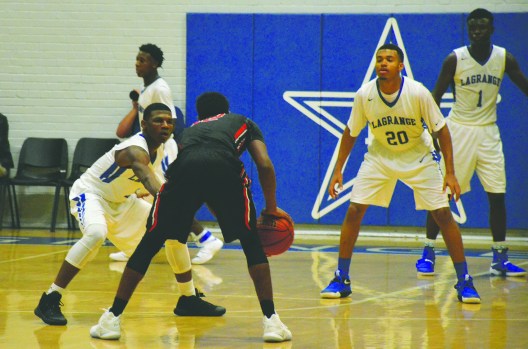 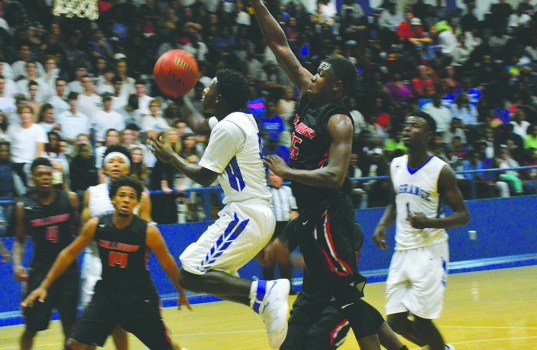 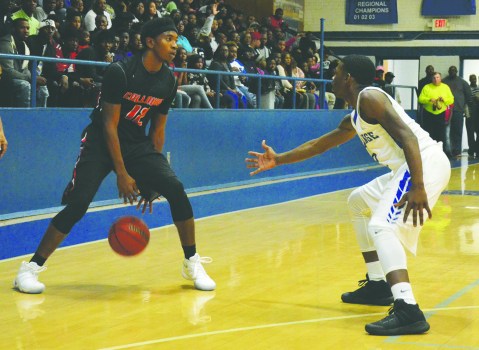 LAGRANGE – With Bo Russell providing some electricity off the bench, the LaGrange Grangers surged to a big early lead, and they withstood a second-half charge by the Callaway Cavaliers on the way to a 58-47 victory.

It was the Grangers’ second win over the Cavaliers in four days, and they remained unbeaten on their home floor in improving to 6-1.

The Cavaliers, who opened the season with a win over the Troup Tigers, are 1-2 following the two losses to the Grangers.

Russell, a junior guard, scored eight points in a little more than two minutes during a stretch that spanned the end of the first quarter and the start of the second as the Grangers built a 16-point lead.

In the third quarter, after the Cavaliers had climbed to within two, Russell had back-to-back baskets as the Grangers regained control.

“Bo could easily be a starter for us, and start for a lot of other teams,” LaGrange head coach Mark Veal said. “The energy he brought was tremendous tonight. He made some big buckets, he ran the floor well.”

Braylon Sanders led Callaway with 15 points, and he did a lot of his damage from the free-throw line where he was 9-of-10, and DQ Wilkerson added 10 points.

Kedrick Ramsey and Milton Turner each had six points.

Callaway head coach Terry Hayes felt the effort was there, but that the execution wasn’t as crisp as it could have been.

“They’re competing, but we’re not playing very smart,” Hayes said. “No offensive set, no boxing out, all of those things we need to improve on. But give LaGrange credit. They played hard. But we never quit. I’m proud of them.”

Callaway’s best stretch came at the start of the second half.

The Grangers had a 31-23 lead at the half, but the Cavaliers went on a 9-3 run in the third quarter to get within two.

Wilkerson had a pair of baskets during that stretch, and he scored with 3:53 left in the third quarter to cut LaGrange’s lead to 34-32.

Perry answered with a basket to put the Grangers back up by four, and Russell then scored on two consecutive possessions, and the Cavaliers were down 40-32.

Perry kept the momentum going when he drained a 3-pointer to give the Grangers a 43-32 lead, and they were up 44-36 by the time the quarter ended.

The Cavaliers got as close as six when Turner scored with 6:55 to play, but Fanning hit a 3-pointer 25 seconds later to put the Grangers ahead by nine, and they led by at least eight points the rest of the way.