Callaway gets another win over Troup 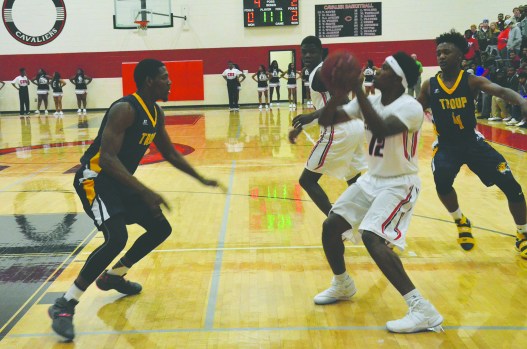 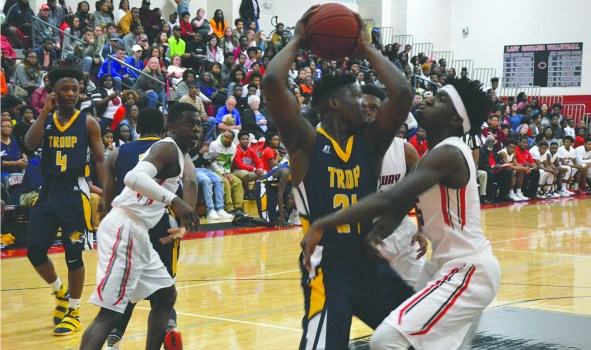 HOGANSVILLE – The Troup Tigers were rolling.

With less than three minutes remaining in the third quarter of Thursday’s showdown with the rival Callaway Cavaliers, the Tigers had a 10-point lead.

The Cavaliers were a long way from done, though.

Callaway charged back to get within two at the close of the third quarter, and they kept the momentum going in the fourth period on the way to a 59-54 victory.

Callaway (2-2), which was coming off back-to-back losses to LaGrange, completed a season sweep of Troup.

“They played a smarter than they did Tuesday night (against LaGrange),” Callaway head coach Terry Hayes said of his players. “We’ve still got a long way to go, though. Give Troup credit. They played hard. They wanted it. But we just found a way to win.”

Troup (2-5) dropped its fifth consecutive game, and outside of a 20-point setback to East Coweta, all of those games have been close.

Troup head coach Paul Brewer said the stretch at the end of the third quarter when his team saw a 10-point lead dwindle to two was costly.

“Give all credit to Callaway,” Brewer said. “But we’re up 10, and we’re telling them to execute. Let’s make them come get us. And I think the heart rate got up a little bit. And we took some shots, that in the first quarter those are great shots. With a 10-point lead, they’re not. That’s what they have to learn. Up 10 against a good team on the road, you execute, and spread that thing out and make them chase us.”

Braylon Sanders continued his torrid start to the season by scoring a game-high 20 points, and 18 of those points came in the second half.

Sanders has scored at least 20 points in three of Callaway’s four games.

For Callaway, junior guard Jarrious Jefferson led the way with 13 points and he was 5-of-5 from the free-throw line, and freshman Kobe Hudson scored 12 points and made a pair of 3-pointers.

It was a 34-31 game in the third period when Hudson knocked down a 3-pointer to put Troup up by six.

After a Callaway turnover, Hudson scored on a fast-break layup to give Troup an eight-point lead, and Crowe scored on a nice pass from Mwikuta to make it a 41-31 game with 2:50 left in the third period.

Smith’s 3-pointer with two minutes left in the third period jump-started a 10-2 run.

Back-to-back baskets by Sanders, including a dunk, cut Troup’s lead to three.

Jefferson tried to slow Callaway’s momentum when he hit a floater to push the lead back to five, but when Sanders made a pair of free throws with three seconds left in the quarter, Troup’s lead was two.

A Sanders 3-pointer 30 seconds into the fourth quarter gave Callaway the lead, but Troup answered with a pair of Jefferson free throws and a Hudson basket to go up 47-44.

With 6:20 left in the game, Wilkerson’s 3-pointer tied it at 47-47, and Williams made a free throw eight seconds later to give Callaway a lead it wouldn’t relinquish.

When Sanders stole the ball and scored with 3:15 left, Callaway was ahead 57-52.

The Tigers went on to trail by as many as seven points, but they hung tough and got within three when Jefferson completed a three-point play with 18 seconds left.

Moments later, Sanders was fouled, and he made two free throws to give Callaway the lead with 16 seconds remaining.

Troup was unable to score on its end, and Callaway walked away with the five-point win.