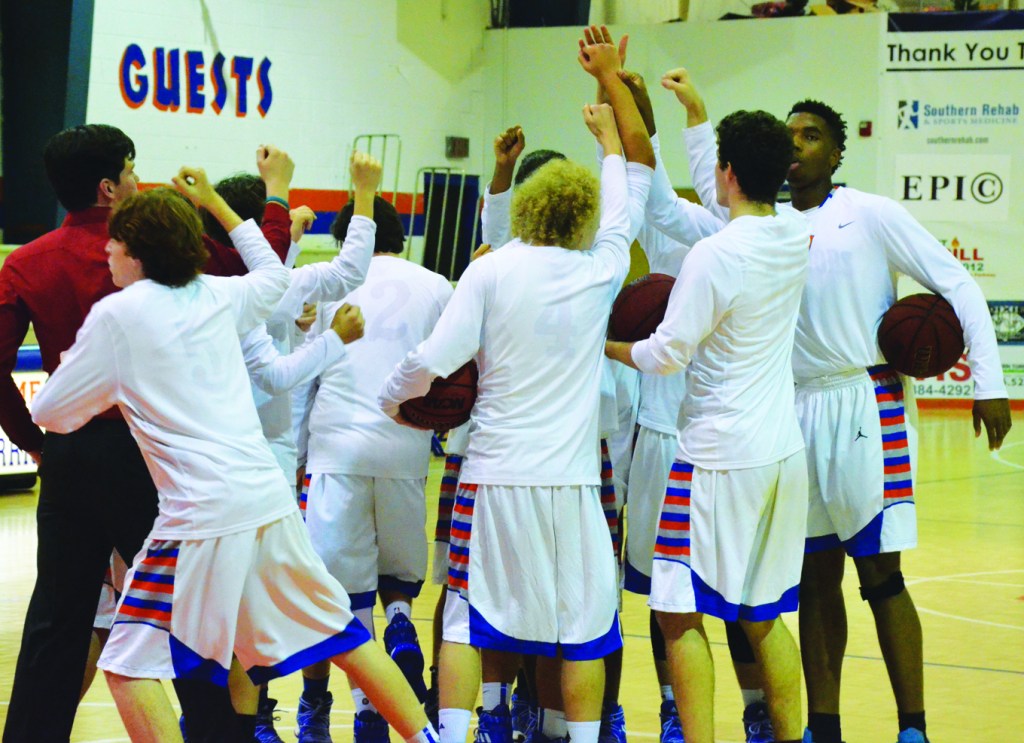 In a region showdown, it was LaGrange Academy outlasting Flint River 55-48 on Tuesday night.

The Warriors (5-3 overall) are in great position in the region with a 3-0 record, and they now own a road win over one of their prime competitors.

“He’s really done a good job of starting to build something over there,” Gaylor said. “He’s got some new players in, and he’s really coaching up the ones who’ve been there. So it was a really good win for us.”

As has been the case throughout the season, senior post player Lincoln Anderson led the way for the Warriors, scoring 28 points while pulling down 17 rebounds.

Brandon Haynes also had a big night with 13 points and 14 rebounds.

Gaylor said everyone contributed, particularly on the defensive end.

“The one thing that really carried us was our defense,” Gaylor said. “Nick Keating played phenomenal defense. Really the whole team did, but he stood out for us keeping a couple of their players in check. It was a really good road win for us. We’re still learning how to win right now.”

Gaylor said everyone on the team, veterans and newcomers alike, are invested in what he’s trying to do.

“Everybody has bought in,” Gaylor said. “Even the younger guys have bought in.”

LaGrange Academy’s teams will be at home against Griffin Christian on Friday, with the girls’ game tipping off at 6 p.m. and the boys’ game to follow.

LaGrange Academy will be at home again on Saturday against Brookstone, with the girls’ game starting at 3 p.m. and the boys’ game to follow.