Panthers roll it up on Vikings in home win 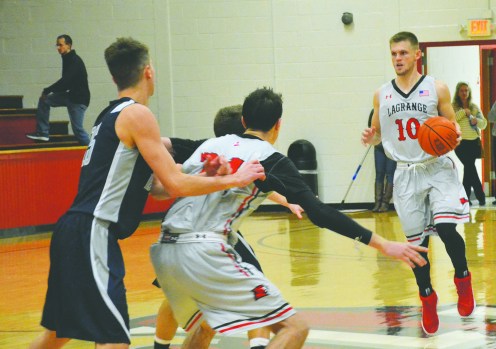 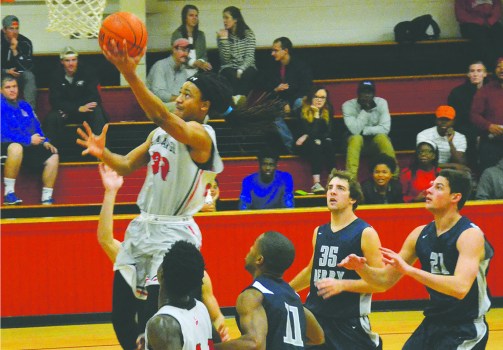 One of the strengths of the LaGrange College men’s basketball team is its depth, with anybody who steps onto the court capable of filling up a stat line.

Oftentimes this season, former LaGrange Granger Justyn Olson has been the one leading the Panthers in scoring, but four LaGrange College players are averaging in double figures, and five of them are scoring at least nine points per game.

That depth was on display Wednesday night against the visiting Berry College Vikings.

Five players were in double figures, and the Panthers made 57 percent of their shots on the way to a 98-73 victory.

It was the second consecutive game where the Panthers scored 98 points, and they’ve won six of their past seven games to improve to 7-2.

Drew Vanderbrook had a hot hand during Wednesday’s game.

Travis Thompson came off the bench and made all four of his field-goal attempts and scored 13 points, and Olson was 5-of-8 from the field to score 12 points

Jamison McCray and Elijah Adedoyin added 11 and 10 points, respectively, and they combined to make 9-of-14 shots from the field.

Fifteen LaGrange College players got time on the court, and 11 of them scored.

The hot-shooting Panthers made 63 percent of their shots in the first half as they surged to a 47-36 lead at the break.

The Panthers were trailing 17-15 when Adedoyin tied it with a basket, and Olson’s 3-pointer with 11:42 left in the first half gave the home team a lead it wouldn’t relinquish.

A Vanderbrook 3-pointer with 1:50 left in the half gave the Panthers their first double-digit lead, and they were up by 11 as they headed to the locker room.

The second half was all LaGrange College.

Jacob Gaetanos scored with 15:35 to play to give the Panthers a 20-point lead, and they led by at least 15 points the rest of the way.

Next up for LaGrange College will be a pair of games in Miami in the HoopMIA D3 Holiday Shootout.

LaGrange College plays Susquehanna on Sunday at 8 p.m., and it takes on Hartwick on Monday at 6 p.m.