Our reporter goes jaywalking with Santa 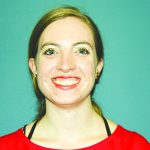 One of the great joys of being a reporter is the surreal and sometimes absurd questions that come with the territory, not to mention the odd situations.

Christmas time in a newsroom is probably a lot like Christmas in any other work place –  that is if your workplace’s idea of Christmas music is made up of discussions over the police scanner about locals who always seem to be standing in the middle of the road – but on this particular day my editor and I were discussing fun stories that we had written when she happened to mention that she had once interviewed Santa.

Cut to a few hours later, where I am on the phone with the LaGrange-Troup County Chamber of Commerce. The wonderful folks over there have dealt with all kinds of odd requests throughout the year, I’m sure (a few of them from me), so they didn’t even bat an eye when a grown woman with a real job and everything called up and asked when she could talk to Santa. If anything, setting up an appointment with the jolly old elf was almost depressingly mundane.

When I showed up for my rendezvous with Santa on Saturday, he was discussing Christmas presents with a very intent looking child who couldn’t have been more than 5 years old. Santa, as you might expect, was a genuinely nice guy – whose family and friends know him as Bob Johnson. He was down to earth too though which was immediately made clear when he leaned in and whispered conspiratorially, “Let’s go over to the antique store. If we stay up here we’ll never get to talk.”

Four photo sessions with the most precious kids you’ve ever seen and several wish lists later found Santa and I waiting impatiently for the second light to change when the cross walk underwent my least favorite quirk and allowed us exactly 2.5 seconds to cross. Well, Santa and I were having none of that, so we hurried on across anyways. It doesn’t count as jaywalking if you do it with Kris Kringle, does it?

Interviewing Santa was fun, and I don’t think my childhood career aspirations could have ever taken into account the sheer joy – and absurdity – of half a dozen or more people stopping Santa and I to say hello as we discussed Christmas and life in downtown LaGrange.

Alicia B. Hill is a reporter at the LaGrange Daily News.