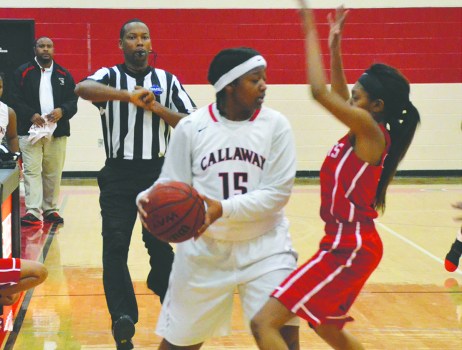 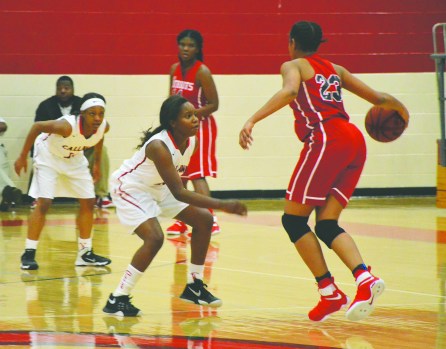 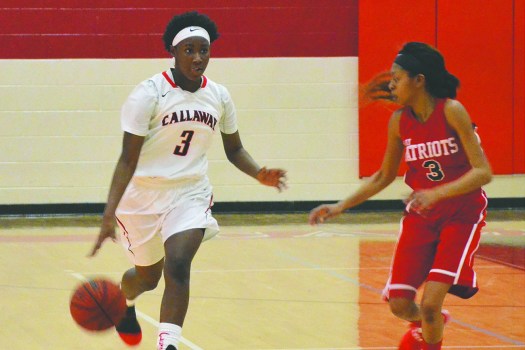 HOGANSVILLE – The Callaway Lady Cavaliers did a lot of good things during Saturday’s matchup with Greenville, and head coach Deyano Martin felt it was his team’s most “complete game” of the season.

One thing Callaway was unable to do was slow down Greenville’s outstanding junior, Brittany Davis.

Davis came into Saturday’s game averaging 33 points per game, and she surpassed that with a brilliant 39-point effort in leading her team to a 55-47 victory.

beaten team that before Saturday had won each of its games by at least 15 points.

Callaway (0-6) hung tough and kept the outcome in doubt much of the way.

Three Callaway players were in double figures in scoring, including KiKi Owens who had 11 points, all in the second half.

“I felt like we grew up tonight a little bit,” Martin said. “You can see it coming.”

Callaway made a move in the third period, outscoring Greenville 13-9, and it was a 39-36 game as the final quarter began.

Callaway stayed close in the fourth quarter, but Davis was the difference-maker.

She made five shots from the field in the fourth quarter including a 3-pointer, and she was also 3-of-4 from the free-throw line.

Callaway is off until Dec. 30 when it visits Villa Rica, and it begins its Region 5-AA schedule against Heard County on Jan. 3.