Callaway rolls to win over Greenville 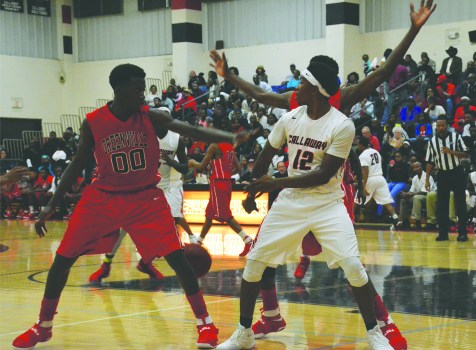 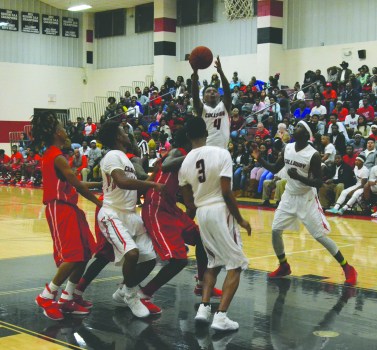 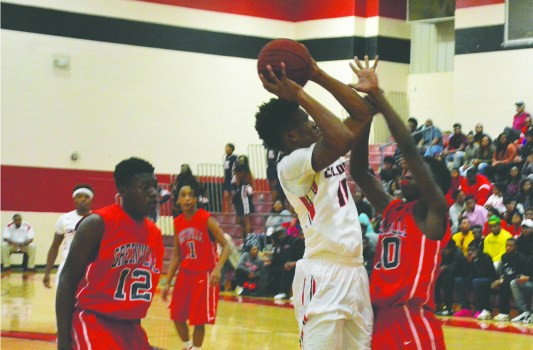 HOGANSVILLE – For the first time this season, the Callaway Cavaliers are on a winning streak.

After getting a home win over Troup on Thursday, Callaway (3-2) was back on its home court on Saturday, and it handled Greenville 62-54 to make it two in a row.

Callaway led by 18 points as the fourth quarter began, and Greenville made a late charge to get within eight, although the outcome was never in doubt.

It was, Callaway head coach Terry Hayes said, his team’s most complete performance of the season.

“Offensively and defensively, everything came together,” Hayes said. “Everybody ran the floor, everybody rotated. And everybody got to play.”

It was a balanced effort for Callaway with 11 different players scoring, including Braylon Sanders, who led the way with 12 points.

A winless Greenville team struggled to get anything going offensively through three quarters, but it did come to life by scoring 24 points in the final period.

The Patriots got within nine with a little more than two minutes to go, and Lazarrick Prather answered with a basket moments later to push the lead back to 11.

The lead was double digits the rest of the way until Greenville scored with moments remaining to make the final margin eight points.

Despite having just one starter returning from last season’s team, Callaway has had some good results in the early going.

Callaway has two wins over Troup, one over Greenville, and it fought hard in two losses to LaGrange.

“It’s about where I thought we’d be,” Hayes said. “We’ve still got a long way to go, but we’re improving every game.”

The game was tied 8-8 when Makel Blake connected on a 3-pointer to give the Cavaliers a lead they wouldn’t relinquish.

Leading 13-8 as the second period began, Callaway took over, outscoring Greenville 15-1 over the next eight minutes to take a 28-9 lead at the half.

Five different Callaway players scored in the second period, including DJ Atkins and Courtney Williams, who had four points apiece.

It was a different story for Greenville, which was limited to a single point on a free throw in the second period, and Callaway led 28-9 at the half.

Callaway led by as many as 25 points in the third period when Sanders scored with 5:15 left, but Greenville hung tough and it was a 48-30 heading to the final quarter.

Seven different Callaway players scored in the fourth quarter as Hayes continued to substitute liberally and make sure everyone got an opportunity to play.

Fourteen Callaway players spent at least a few moments on the floor.

Callaway is off until Dec. 30 when it visits Villa Rica, and it opens Region 5-AA play on Jan. 3 against Heard County.