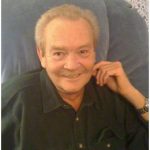 Charles Levi Bailey, 68, departed this world on Saturday, December 17, 2016 after an extended illness.

Charles, a former Marine, served in Vietnam where he received a Purple Heart.  After moving to Asheville, NC in 1978, he sold building material for Moore’s and in later years sold building supplies for Lowe’s.  He enjoyed playing golf, keeping track of NFL football, playing cards and was devoted to several canine companions throughout the years.

Remembrances may be made to Four Seasons Compassion for Life at 571 S. Allen Road, Flat Rock, NC  28731 or Emerald Ridge Rehabilitation and Care Center at 25 Reynolds Mountain Blvd, Asheville, NC 28804.

Condolences may be made online at www.AshevilleMortuaryServices.com