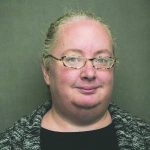 Since moving back to LaGrange at the beginning of October, I’ve met back up with dozens of people I knew from my time here before. I’ve even met a few people who knew of me back then and say they’re glad I’m back in town.

It’s all appreciated, but this time of year, there’s one particular person I’d love to meet back up with if he’s still around.

Let me explain, because I know it sounds ridiculous.

A couple years before I left town, I interviewed the mall Santa as part of a series of stories we were doing about people who worked on the holidays. I mean, who else do you know who’s absolutely going to be working that day. Frankly, I was surprised no one had come up with the idea before that.

LaGrange Mall staff hooked me up with the perfect guy; he’d been a Santa for about 20  years and wasn’t anything like an outtake from “Bad Santa,” which would have been my nightmare. If you’ve not seen that movie, I’ll tell you about it when you’re older.

I interviewed him in the voice of Santa, and he gave the perfect answers, then I hung around while he took a few children’s requests. But something happened that day, something I’ve not been able to shake, even all these years later.

This Santa knew me. He knew more than just, it had been a long week. He knew my status with Santa, with Christmas in general, is a complicated thing. It was surreal. It was oddly comforting.

I felt like we had a whole therapy session standing there at center court and neither of us said a word about it.

By the time our time was up I almost wanted to confess the whole thing to him.

I wanted to tell him how, now 14 years ago, as Santa was beginning his rounds on Christmas Eve, my father died, out of the blue.

I wanted to tell him how I find myself explaining to the most well-meaning of friends that the holidays don’t have the same ring once you’ve picked out a casket on Christmas Day for the only man to ever love you unconditionally.

I wanted to tell him how frustrating it is when people start marking the season  earlier and earlier, sometimes even before the shine is worn off that year’s school supplies.

I wanted to tell him I know those people mean no harm, but really, could they ease up just a little?

I wanted to tell him how, several years ago on a hot August day, I rescued our family Christmas ornaments from the auction block, so somewhere deep down I still must have some hope for the holiday.

There was a lot I wanted to tell him, but I didn’t.

The year after the interview, I was back in the mall, being forced to listen to Christmas music while getting a pedicure and remembering why there’s a waiting period for handguns when I saw him, across the way.

My Santa was back in the mall. Back on the job.

I got up my nerve while I waited to dry and went over to him. I think he remembered me. I told him I’d written a column about our experience, and I wound up driving back across town to get a copy to bring to him.

Santa read my column, sitting there in his magic chair where he takes all his requests. Then he gave me a hug and told me to come by any time and we could talk.

Santa, if you’re still around, I’d love to have  a chat.

Jennifer Shrader is editor of the LaGrange News.