Red-hot Grangers go to 9-1 with win 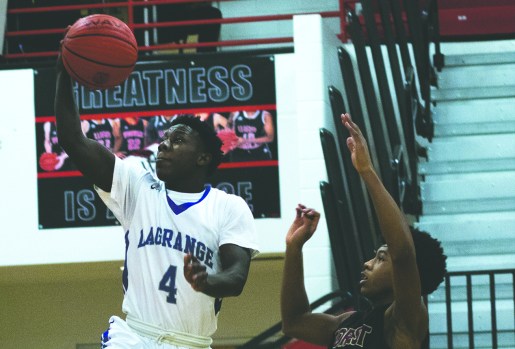 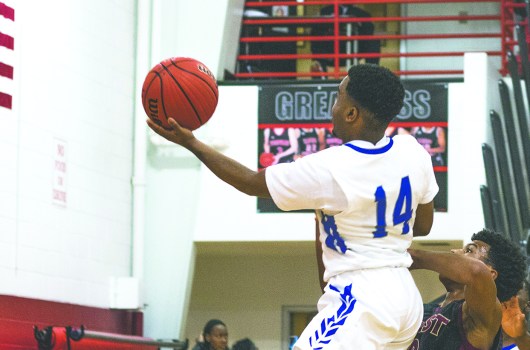 LaGrange's Jarious Freeman gets to the basket.

COLLEGE PARK – It’s been smooth sailing for the LaGrange Grangers.

With Tuesday’s 52-38 victory over Centennial at Woodward Academy, the LaGrange Grangers have made it through their first 10 games with a 9-1 record.

LaGrange’s only loss came on the road against a 9-2 Hillgrove team, and it has won six consecutive games since then.

LaGrange is off until Dec. 28 when it plays WD Mohammed in the opening round of the holiday tournament it hosts each year.

“I’m pleased,” LaGrange head coach Mark Veal said. “We’re 9-1, and we played some good competition. We played teams outside the area. And we’ve got our Christmas tournament coming up that’ll be fun and competitive, and then we start our region schedule.”

LaGrange played games at Woodward Academy on Monday and Tuesday.

After hanging on for a 58-57 win over Forest Park on Monday, LaGrange enjoyed a mostly suspense-free victory on Tuesday.

The Grangers scored 18 points in the fourth quarter to make sure there wouldn’t be a comeback.

“The kids came out tonight with more energy (than Monday’s game),” Veal said. “They followed the defensive game plan pretty well, and we were able to attack the zone and hit some shots, penetrate in there and help create some separation. We got our kids some confidence.”

Senior guard LaPerion Perry led the way for the Grangers with 19 points, and he was a perfect 9-of-9 from the free-throw line.

Perry helped the Grangers get off to a quick start by scoring eight points in the first quarter.

Bryan Fanning and Kenan Gray held their own inside and scored 10 and nine points, respectively.

Jarious Freeman made a pair of 3-pointers and scored six points.

“We were out-sized, and rebounding wasn’t much of an issue tonight,” Veal said. “We just battled and played well. We were pretty pleased with how we played tonight.”

After playing three games in next week’s tournament, LaGrange will open its Region 5-AAAA schedule at Central-Carroll on Jan. 3.