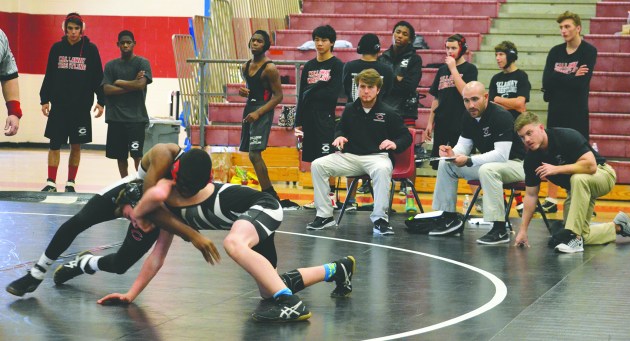 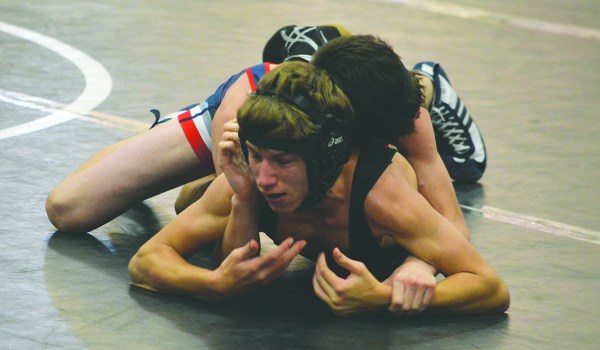 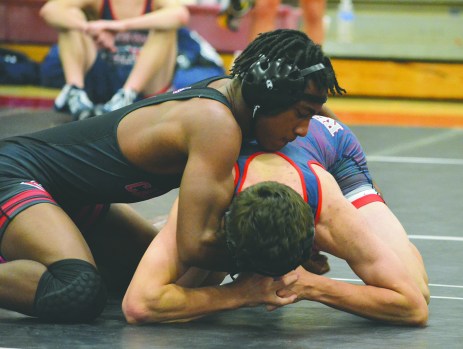 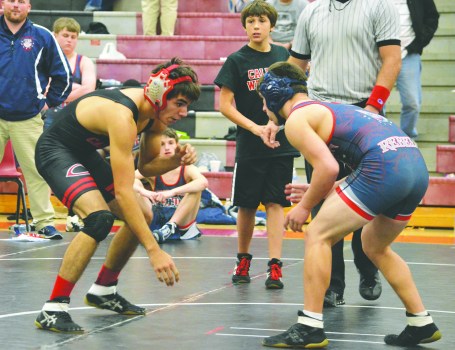 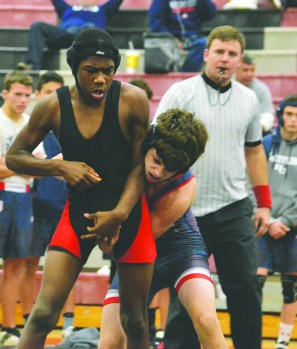 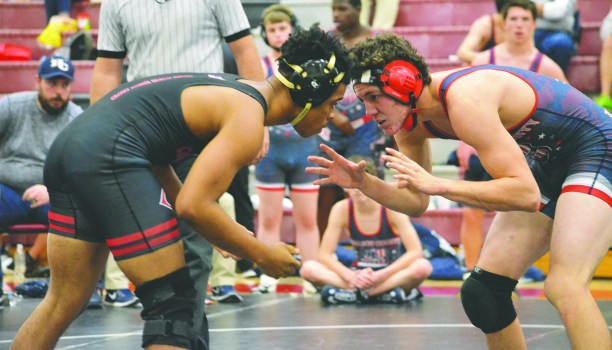 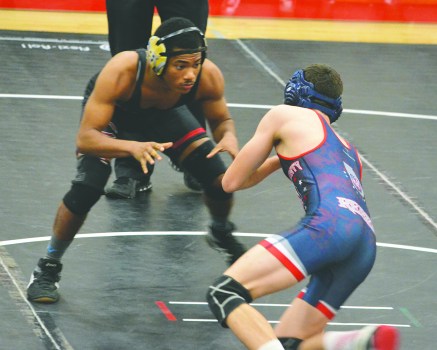 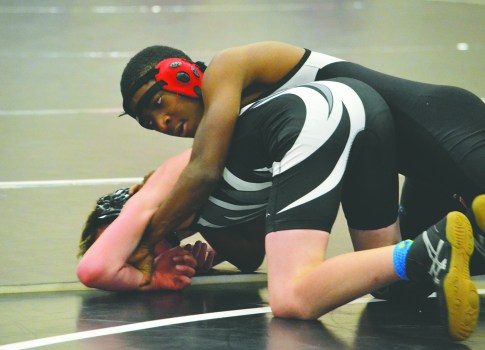 HOGANSVILLE – Callaway is back in the tournament-hosting business.

It’s been a handful of years since Callaway High hosted a wrestling tournament, and that changed on Thursday.

Ten teams, including the host Cavaliers, were a part of a dual-format tournament that was contested at Callaway High.

Whitewater took top honors, and it was followed by Heard County and Haralson County.

Callaway wrestled five times, and it won one match against North Atlanta and had a tie against Bowdon.

The Cavaliers have a number of weight classes unfilled, and there are a handful of wrestlers new to the sport, so they’ve struggled a bit in dual matches.

Second-year head coach Josh Ghobadpoor is bullish on the program’s future, though, even if the results aren’t there at the moment.

“We’re trying to talk them through the matches,” Ghobadpoor said, referring to the inexperienced wrestlers. “Eventually they’re going to get it. We just have to do a good job as coaches. We’ve got to coach them up. And we have so many new guys. It’s tough when you’re in the process of it. They’ll get one year of experience, and another year of experience, and then really good things start to happen.”

There are some veteran wrestlers on the team, including brothers Ken Wilson and Jabarri Fisher, who each had successful days.

Wilson wrestled five matches and was victorious each time, and Fisher was 3-1.

“I was just trying to come in and set the pace, set the tone, do it my way, and have fun and wrestle,” Wilson said.

Ghobadpoor is counting on Wilson and Fisher, along with the other veteran wrestlers, to be role models for the other members of the team.

Wilson believes some of the newcomers to the sport are eventually going to help lead the program to big things.

“They’re all coming on,” Wilson said. “They’re right behind me, following in my footsteps. We’re going to make this team great.”

Wilson said the team members enjoy wrestling for Ghobadpoor, who is pushing them all to be their best.

“I think coach G is one of the best coaches around,” Wilson said. “He’s always pushing guys to do great things, and move forward. He tells us to never give up. Even when we’re on our back, never give up.”

Fisher, who improved to 10-4 on the season with Thursday’s win, said everyone on the team has “improved a lot.”

For Fisher and Wilson, it helps to have a training partner not just at the school, but at home.

“It feels good. He’s my drill partner,” Fisher said. “He helps me a lot, helps me keep my head in it.”

Wilson said there is never a day off from wrestling.

“Me and my brother, we work every day, even when we’re at home we’ll wrestled around,” Wilson said.

Ghobadpoor appreciates having the brothers on the team.

“Ken stepped up and established himself as a leader of the team, and Jabarri Fisher did really well,” Ghobadpoor said. “He’s got a lot of potential. He had a great day. It’s nice having both of them.”

On the other end of the experience spectrum is sophomore Juwan Elder, who recently made the transition from football.

“He just came out from football, and he’s just doing a great job for us,” Ghobadpoor said. “This is his second event that he’s wrestled for us. He had his first pin earlier in the day. He’s just doing a phenomenal job. We’re really excited to have him.”

While Brandon Belton didn’t get a win on Thursday, Ghobadpoor said he is as fierce a competitor as there is on the roster.

“Probably one of the toughest guys on our team is Brandon Belton,” Ghobadpoor said. “Every time he gets on the mat, he gives his best effort. I tell him to run through a wall, and he’ll go for it.”

Callaway will be in action next week at the Gary Silva Invitational, and there will be a number of other key meets coming up in January and February, including two area tournaments.

Ghobadpoor said his message to the wrestlers is to “just work hard, be coachable, and be the best you can. That’s all we want.”