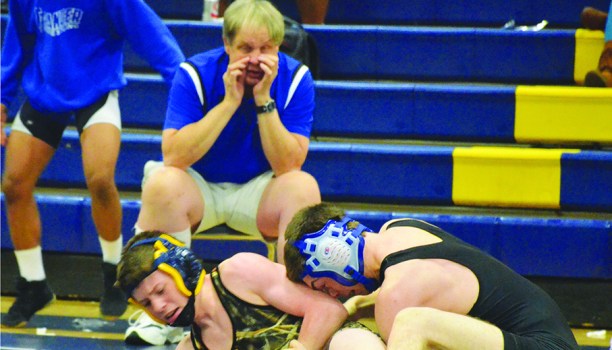 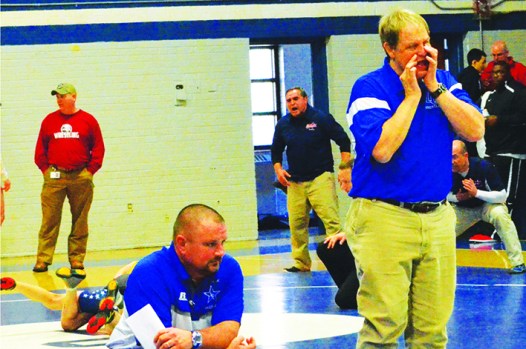 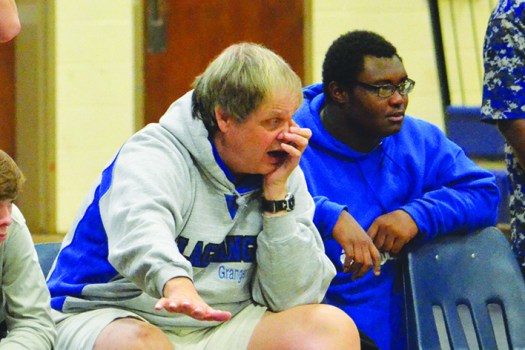 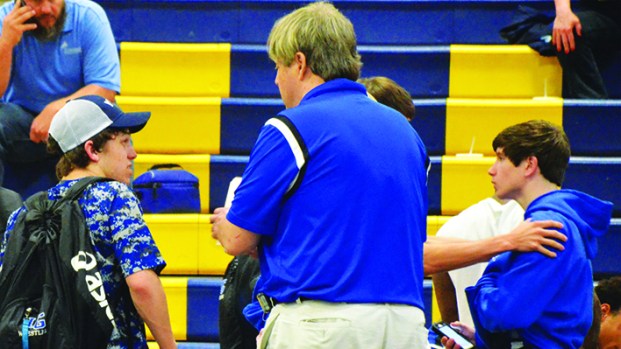 LAGRANGE – In the wrestling room, he was in his element.

Clark Rich was a well-rounded man.

He was an English teacher, he was passionate about history, he was an active member of his church, he earned his Eagle Scout rank when he was a teenager, and the lists of interests goes on and on.

Perhaps where Rich was most at home was in the wrestling room, though, teaching the sport he loved, and that was such an integral and meaningful part of his life.

Rich, who guided LaGrange High’s wrestling team to three state championships in the 1980s, died last week at the age of 63.

Rich has been enduring physical issues for years, but through it all, he found a way to make it to the wrestling room, to continue to impart his wisdom to the young people who were so grateful to have him in their lives.

Rich’s resume, as a wrestler and a coach, is supremely impressive, and as a reflection of that, he will be inducted into the National Wrestling Hall of Fame in April.

One of Rich’s closest friends, and a man he’s been coaching alongside for the past decade, is LaGrange High head wrestling coach Scooter Weathers.

When Rich retired from teaching more than 10 years ago, Weathers asked him if he would return to LaGrange to be his assistant coach.

Since 2005, the two have been working together, and Weathers treasures the time they had with each other, not just as colleagues, but as friends.

“When I came back home and started coaching and he was at Callaway, we were friends,” Weathers said. “But it was different having him on my staff. We could stay after practice and talk. You had that down time when it wasn’t about wrestling. He just has so much knowledge. It was good to have him.”

Rich attended LaGrange High from 1967 to 1971, and he was a member of school’s first wrestling team, and he also played football.

Rich went on to wrestle at Auburn University, and while there he decided to make teaching his life’s work, and for 40 years he has been imparting his wisdom, both in the class room, and in the wrestling room.

At LaGrange High, Rich enjoyed remarkable success as a coach, leading the wrestling team to state championships in 1982, 1986 and 1987.

Among the men Rich coached during those years was Weathers, as well as his brother John Rich, who has also been an integral part of the LaGrange wrestling program over the years.

Rich later coached at Callaway as he helped get that program started, and upon his retirement from teaching, he returned where it all began to work with Weathers at LaGrange High.

It was a successful partnership.

During their time together, LaGrange won multiple area championships and produced countless state placers, including a handful of state champions.

“I felt like with me, being the head coach of the program, I was the person sitting back and learning from him,” Weathers said. “He was a great teacher.”

Upon Rich’s death, the testimonies on social media came flooding in from those who knew him, including his former wrestlers.

John Todd Bohn, a senior wrestler at Callaway High, said Rich “meant the world to me and I could never tell him thank you enough for pushing me to be my best and teaching me everything I know about wrestling.”

Bohn added that “coach Rich had the biggest heart and that’s what made him so special.”

Clay Bryant, whose son Clayton Bryant was a former wrestler at LaGrange, said he “never saw anyone giving more selflessly than coach Rich.”

Clay Bryant said Rich was always willing to help a wrestler, even if he was at a different school.

Bryant said “it didn’t make any difference to Clark whose team you were on he’d always take time to try to improve any kid that would ask for his help. He took just as much pride in developing young minds as he did in developing his wrestlers.”

Bryant added that “my son was one of those many whose life was enriched by Clark for which I will always be eternally grateful.”

Weathers said that, despite Rich’s physical issues, he was always there, ready to teach, ready to mold a new generation of wrestlers.

“Most people would have got this pity party, but he just kept on,” Weathers said. “It’s an honor to have been around him.”

Weathers said he’s grateful to Rich not only for the wrestling knowledge he imparted, but just for being a valuable friend and mentor.

“I have spent so many hours over the years talking about wrestling but also listening to his advice about life on and off the mat,” Weathers said. “I will miss his funny gestures, comments, bus rides, tournaments with him, and his great care and compassion for all of us.

“I love you coach Rich, and I miss you so much. You were more than you ever can imaging to me and everyone you came into contact with. Rest in peace my friend.”