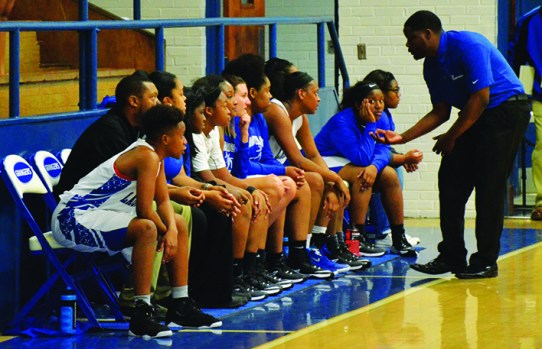 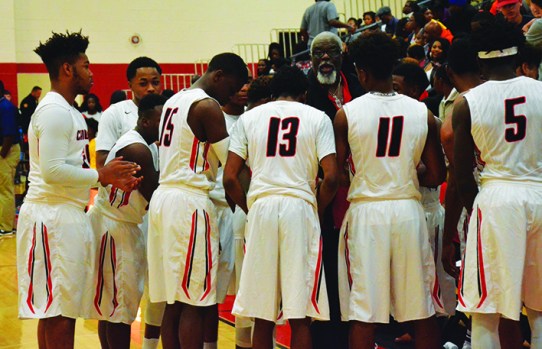 LAGRANGE – Tis the season to hit the hardwood.

When the Callaway, LaGrange and Troup basketball teams return from their holiday break, they’ll get plenty of time on the court in preparation for the start of region play next week.

LaGrange High’s boys’ basketball team is hosting a three-day tournament that gets under way on Wednesday and goes through Friday.

The Troup boys’ and girls’ teams will be at Heard County for a two-day showcase, and the LaGrange High girls’ team will participate in that event as well.

Callaway’s teams will play at Villa Rica on Friday, which will come at the close of a nearly two-week hiatus.

In what has become a post-Christmas tradition, LaGrange is hosting a boys’ tournament that will include eight teams this season.

Each of the teams will play three games, and the championship game is set for Friday at 7:30 p.m.

The red-hot Grangers figure to be one of the favorites to bring home the championship.

After going 2-0 at Woodward Academy last week, LaGrange is 9-1, and it is the third-ranked team in Class AAAA.

“I’m pleased,” LaGrange head coach Mark Veal said after his team beat Centennial 52-38 to get its ninth win. “We’re 9-1, and we played some good competition. We played teams outside the area. And we’ve got our Christmas tournament coming up and that’ll be fun and competitive, and then we started our region schedule.”

LaGrange will open play in the LaGrange Toyota Basketball Classic against a team that has been a regular participant in the tournament, WD Mohammed.

Those teams will play at 7:30 p.m. on Wednesday in the final game of the day.

The Grangers play again on Thursday against either Harris County or Mundy’s Mill, and they’ll play their final tournament game on Friday, and they’re hoping it’s in the championship round.

Troup’s teams, and the LaGrange Lady Grangers, will make the trip to Heard County on Thursday and Friday.

First up on Thursday will be the Troup girls’ team taking on Mount Pisgah at 3 p.m., and the boys’ teams from those two schools will then play at 4:30 p.m.

On Friday, the action in Heard County gets under way with LaGrange’s girls’ team playing Mount Pisgah at 3 p.m.

Each of those teams will be looking to carry some momentum into next week’s region openers.

Troup’s boys’ team is 3-7, but it is coming off an impressive effort in a 53-51 loss to Marietta last week in a tournament in Carrollton.

“We played probably the best game we’ve played since I’ve been around,” Troup head coach Paul Brewer said of the Marietta game. “As far as leadership and the way we handled the game, we have really grown up in the last few days. So we’re kind of excited to get a couple of days off and then get back at it.”

Troup’s girls’ team is at 5-5 after dropping back-to-back games to end its stay in the Carrollton tournament.

Troup’s teams will open their Region 5-AAAA schedules on Jan. 6 against Sandy Creek.

The Lady Tigers went 1-2 in the tournament in Carrollton, and head coach Carla Thornton felt it was a valuable experience.

“We learned a lot, not only about ourselves, but style of play,” Thornton said. “You learn what plays we can use more, which ones you kind of scrap. You got to see that you can play with some good teams, too. Even the Carrollton game, we had one bad stretch. We out-played them for the rest of the game, and they’re undefeated.”

The LaGrange Lady Grangers (3-7) have a record below .500, but they’ve been competitive in nearly every one of their games.

“We sat down and talked about it. We told them, other than (Holy Innocents’) and Hillgrove, all the other games we could have won,” LaGrange coach Stephen Tuck said. “We were in those games. I tried to convey that to them, and get them to see how close they are to being a really good team.”

LaGrange’s teams will begin their Region 5-AAAA schedules on Jan. 3 at Central-Carroll.

Callaway’s teams will conclude the non-region portion of their schedules by visiting Villa Rica on Friday, with the girls’ game set to tip off at 6 p.m., and the boys’ game to follow.

The Cavaliers (3-2) are on a two-game winning streak after securing back-to-back victories over Troup and Greenville.

“It’s about where I thought we’d be,” Callaway coach Terry Hayes said. “We’ve still got a long way to go, but we’re improving every game.”

The Lady Cavaliers (0-5), meanwhile, are still searching for their first victory of the season.

In its final game before the break, Callaway did a lot of good things in a 55-47 loss to unbeaten Greenville.

“I felt like we grew up tonight a little bit,” Callaway head coach Deyano Martin said after that game. “You can see it coming.”