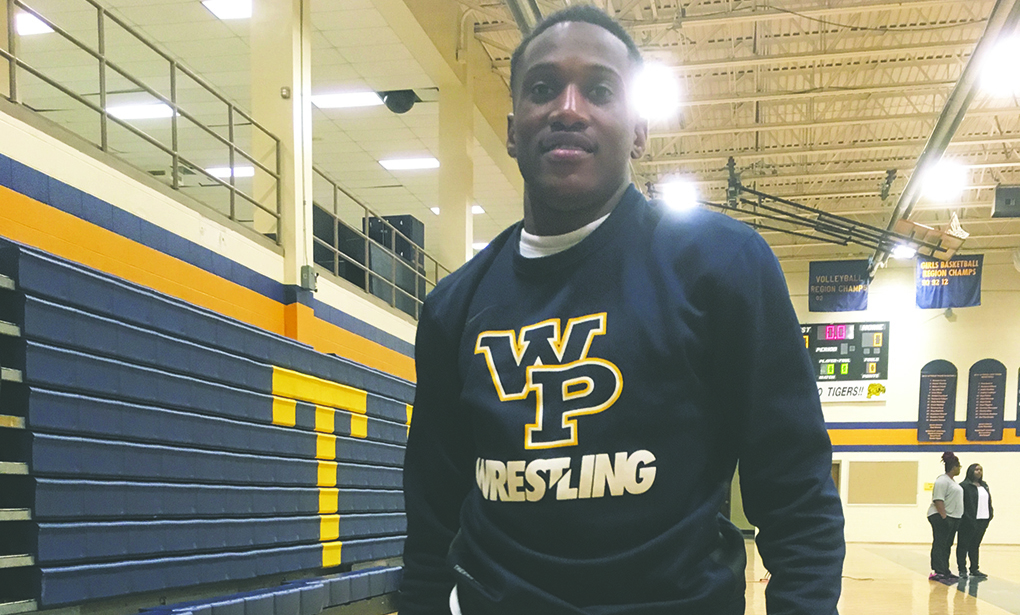 LAGRANGE – When former Troup Tiger Tyshon Cannon signed his letter of intent to join the William Penn wrestling program, he was aware of the challenge that was ahead of him, and he knew it wouldn’t be all smooth sailing.

That’s why, even though he has a losing record this season, he’s keeping his head up, and staying focused on the big picture.

“I’m learning new stuff every day,” Cannon said. “I’m trying to get my matt awareness down. That’s pretty hard in college, because guys stay on you constantly.”

Cannon was red-shirted as a freshman, and he has a 2-7 record this season, but Cannon is happy to be on the mat competing, even if the wins are hard to come by.

“You’re not going to develop unless you’re out there,” Cannon said.

Cannon was an exceptional high-school wrestler.

As a senior, Cannon finished fifth in the state tournament, and he attracted the attention of a handful of different college programs.

One of the schools that expressed an interest in Cannon was William Penn, which is located in the country’s heartland.

Cannon felt like it would be a good fit, and he signed his letter of intent, and headed to Iowa to join the William Penn program.

During his first season at William Penn, Cannon watched and learned and took a red-shirt year.

As Cannon prepared for his second season at William Penn, head coach Eric Reed told him he was going to get an opportunity to gain some on-the-job training.

While Canon is a competitor and he wants to win every time he steps on the mat, he knew there would likely be some growing pains this season.

“They told us, it’s best to get experience,” Cannon said. “Some guys aren’t wrestling. Even if you lose, you learn from it. You learn from your mistakes. And I have.”

Cannon worked hard in high school, and he was one of the state’s best wrestlers, but the transition to the college level is still a massive one.

With that in mind, Cannon has enjoyed helping out some of the current Troup wrestlers over the past few weeks while he has been home for his holiday break.

“I’m just helping them,” Cannon said. “It was pretty good, coming back and seeing those guys, and getting to talk to them and stuff.”

Cannon and his teammates will return to action on Jan. 7.

OF NOTE: Cannon is part of a recent pipeline of Troup County wrestlers to William Penn. It began with Archie Dudley, who won a state championship at LaGrange High before wrestling for four seasons at William Penn. Dakota Wilson, who spent most of his high-school career at Troup before transferring to LaGrange during his senior season, is a freshman at William Penn. Former LaGrange Granger Matt Watford, who graduated from high school last spring, will join the William Penn program in January,