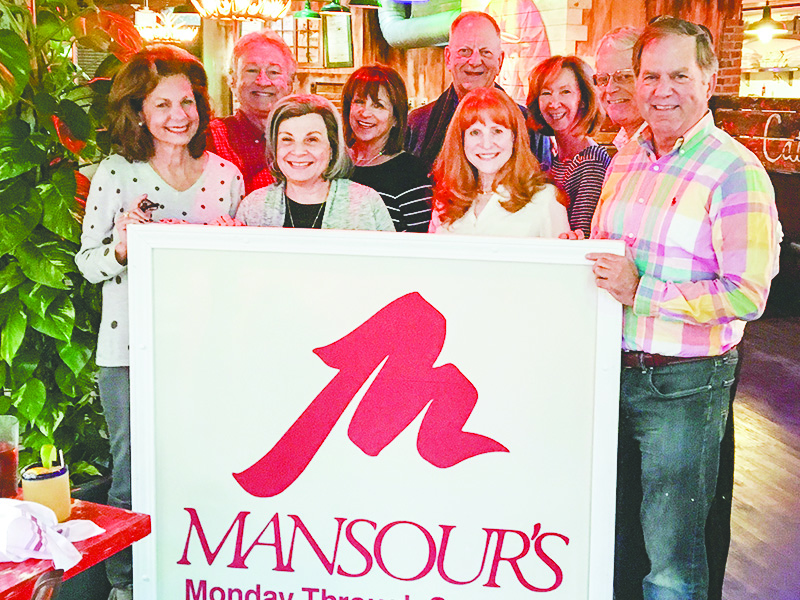 LaGRANGE – Gifts with thought behind them are often the most meaningful, and that was certainly true when some LaGrange High School alumni decided to give their classmate a keepsake to commemorate her family’s legacy.

This year, Martha Mansour Collinger was given a sign from the Mansour’s building to memorialize the major impact that her family had on the community throughout the years. Her classmates from the LaGrange High School class of 1967 gave her the sign which Jim Daniel – one of those classmates – had been instrumental in securing from the building prior to demolition.

“A bunch of classmates recently had a lunch with Martha (Mansour Collinger) and surprised her with a sign for her keepsake that came from the Mansour’s property right before it was torn down,” said Tom Crofton. “Jim Daniel worked with the city to get permission to secure this sign before it was lost to the teardown. As you can imagine, Martha was overwhelmed with emotion with our gift to her… We are all overwhelmed with emotion as we all had such wonderful memories of shopping there ‘in the good old days.’”

The class also planned to give another sign to Rita Mansour Farmer – LaGrange High School class of 1968 – to serve as a keepsake.

A Courtyard by Marriott is currently under construction on the site where the Mansour’s building previously stood. The stairwells and elevator shaft are clearly visible from the road, and city officials have previously stated that the project is on schedule to be finished late in 2017.

To read more about the progress on the hotel, check out the Wednesday edition of the LaGrange Daily News.

Ring in the New Year with safe fireworks use