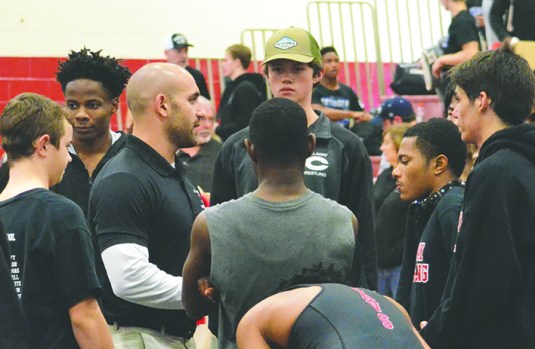 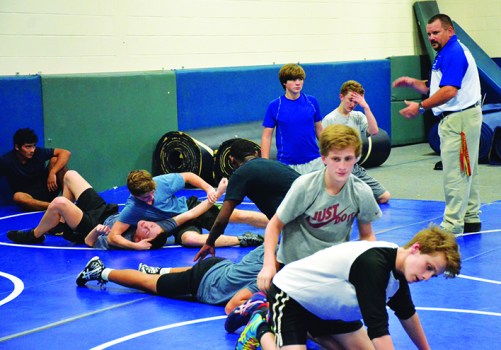 LAGRANGE – LaGrange High wrestling coach Scooter Weathers was looking for a way to honor his friend.

Gary Silva was a long-time wrestling official, who was known for the flamboyant and easily recognizable way he called pins, where he soared into the air and came down and slapped his hand on the mat, making a sound that reverberated throughout the gym.

Sadly, Silva died in the spring of 2012, and soon after, Weathers decided to name a tournament in his honor.

For years, LaGrange has been hosting a tournament after Christmas, and Weathers has changed the name of it to the Gary Silva Invitational.

This will be the fourth edition of the Gary Silva Invitational, and it will be held today and Friday at Gardner Newman Middle School.

“We changed the name of it that wrestling season that came around,” Weathers said before last year’s tournament. “At the funeral I talked to his family, and his wife, and she was really happy that we were going to do that. We did, and it’s been good. Everybody in the wrestling community liked him, everybody knew him, and appreciated him, and knew what a great man he was.”

Weathers said Silva loved the sport, and that he took great joy in helping the wrestlers he spent so much time around.

“The kids loved him,” Weathers said. “There were a lot of teenagers’ lives that he touched just by him refereeing, and talking to them, and associating with them. They don’t make them like that very often. He was a special person.”

This year’s tournament will feature 16 teams from across the area, including the host Grangers, as well as Callaway and Troup.

The top wrestlers in each weight class will advance to the finals on Saturday afternoon, and the top six finishers in each division will earn a medal.

Troup heads into the tournament riding a hot streak.

The Tigers have won four consecutive tournaments, including the Dariel Daniel Grind that they hosted last week.

LaGrange is also having a successful season.

The Grangers have yet to drop a dual-format match, and they played fourth in the CRWA tournament, which is their only traditional-format event to date.

“It’s going to be a good field,” Weathers said. “We’ve got some new teams coming in. It’ll be fun.”