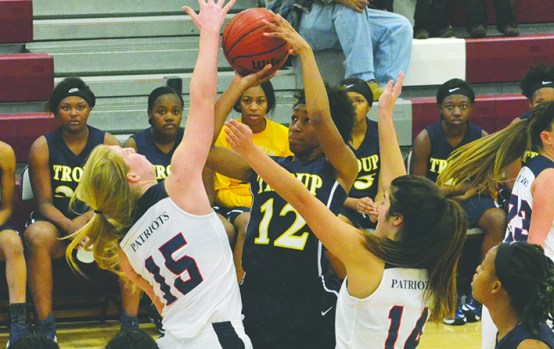 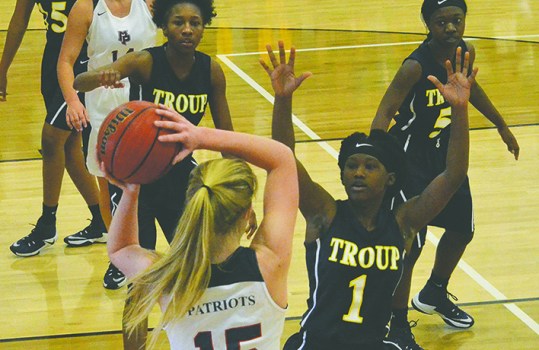 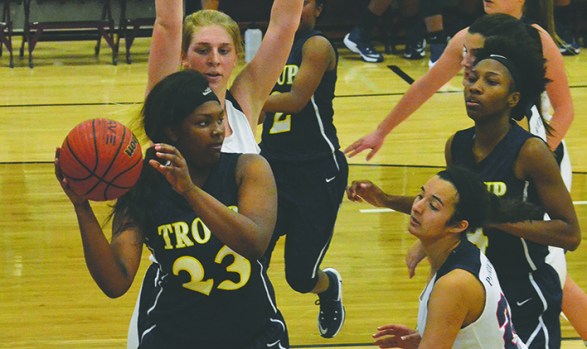 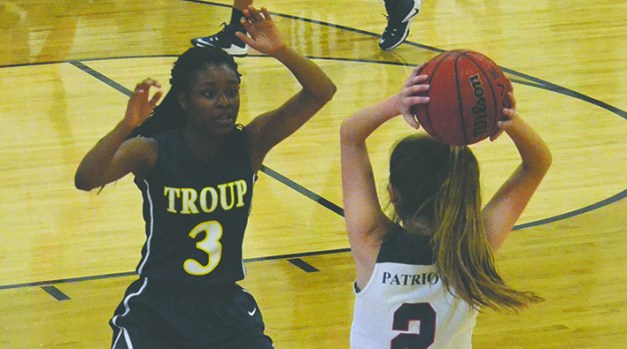 FRANKLIN – The Troup Lady Tigers showed no signs of a post-Christmas hangover.

In its first game in more than a week, Troup overwhelmed Mount Pisgah 46-14 on Thursday on the first day of a two-day basketball showcase at Heard County High.

It was tied 6-6 late in the first quarter when Keya Sands converted a three-point play to give the Lady Tigers a 9-6 lead, and by they halftime break they were ahead 17-8.

Troup continued to pull away in the second half, and it improved to 6-5 heading into today’s game against Heard County at 6 p.m.

“The first quarter, we were sluggish,” Troup head coach Carla Thornton said. “But after that, we settled in. And I’m always glad when everybody gets involved. It’s a team game.”

Troup went more than three minutes without scoring in the second quarter before Akhya Mitchell recorded her lone basket of the game to push the lead to 11-6.

After Troup went up by seven, Aundracia Riggins scored at the buzzer after pulling down an offensive rebound to make it a 17-8 game at the half.

Troup continued to dominate the action in the third period, outscoring Mount Pisgah 15-0 to seize a 32-8 lead as the final quarter began.

Troup then scored the first 10 points of the fourth period to take its biggest lead of the game at 42-8 with 6:03 to play.

Mount Pisgah was limited to eight points over the final three periods, and it had just two points in the second and third quarters combined.

“That’s something we’ve been focusing on,” Thornton said of playing lock-down defense. “We did good defensively. We’ve tried to give some people a different look.”